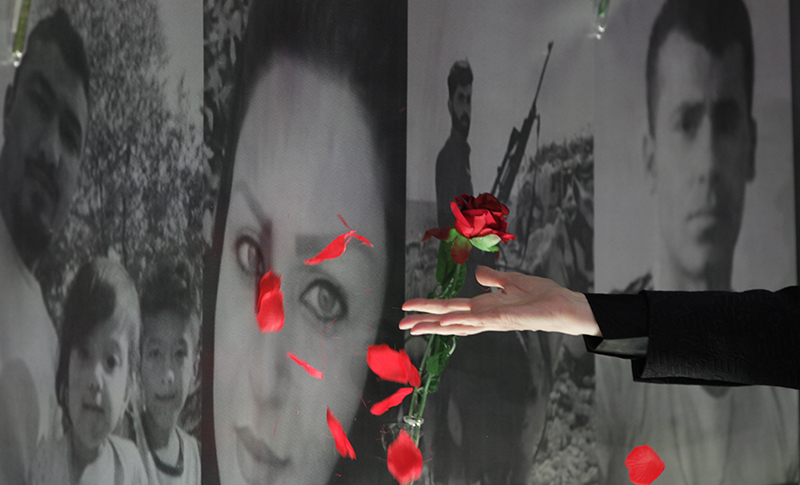 Reuters pointed out the direct role of the Iranian regime’s Supreme Leader Ali Khamenei in the crackdown of the nationwide protests.

Reuters reported that “after days of protests across Iran last month, Supreme Leader Ayatollah Ali Khamenei appeared impatient. Gathering his top security and government officials together, he issued an order: Do whatever it takes to stop them.”

Reuters added “that order, confirmed by three sources close to the supreme leader’s inner circle and a fourth official, set in motion the bloodiest crackdown on protesters since the Islamic Revolution in 1979.”

“About 1,500 people were killed during less than two weeks of unrest that started on Nov. 15. The toll, provided to Reuters by three Iranian interior ministry officials, included at least 17 teenagers and about 400 women as well as some members of the security forces and police,” the report added.

“The figures provided to Reuters, said two of the Iranian officials who provided them, are based on information gathered from security forces, morgues, hospitals, and coroner’s offices.”

According to Reuters, on November 17 evening, “Khamenei met with senior officials, including security aides, President Hassan Rouhani and members of his cabinet,” and “at the meeting, described to Reuters by the three sources close to his inner circle, the 80-year-old leader, who has final say over all state matters in the country, raised his voice and expressed criticism of the handling of the unrest. He was also angered by the burning of his image and the destruction of a statue of the republic’s late founder, Ayatollah Ruhollah Khomeini.”

“The Islamic Republic is in danger. Do whatever it takes to end it. You have my order,” the supreme leader told the group, according to one of Reuters’ sources.

The nationwide protests began on November 15 over the fuel price-hike, quickly turned political. People targeted the regime in its entirety in their slogans and demanded regime change.

Mrs. Maryam Rajavi, the President-elect of the National Council of Resistance of Iran,  said earlier: “The world community’s silence and inaction have emboldened the religious fascism ruling Iran to continue and intensify its anti-human crimes against the Iranian people. The time has come to end impunity for those responsible for these atrocities. The regime’s supreme leader Ali Khamenei, its president Hassan Rouhani, and other leaders, who have been perpetrating crimes against humanity, must face justice. I urge the United Nations to form a fact-finding mission to investigate this major crime and visit the prisons and the prisoners in Iran.”

The U.S. Special Representative for Iran Brian Hook said the the Reuters report “underscores the urgency for the international community to punish the perpetrators and isolate the regime for the murder of 1,500 Iranian citizens.”