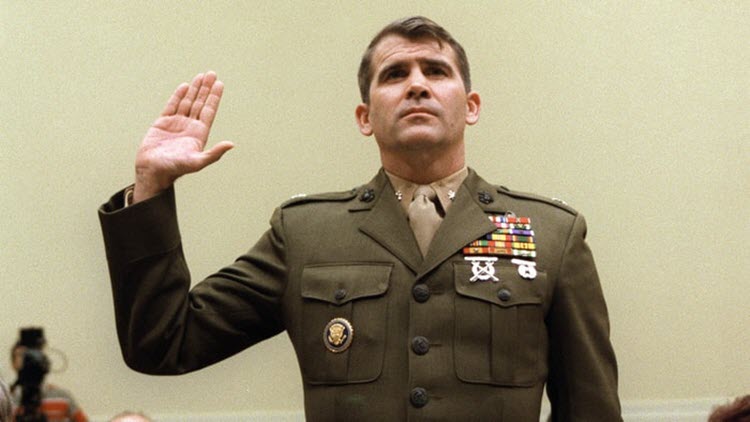 More than 30 years ago, it came to light that the US government had secretly supplied arms to Iran. It grew into a scandal when former Marine Corps Lieutenant Colonel and National Security Council aide Oliver North revealed, when questioned by former Attorney General, Mr Edwin Meese, that money from the Iran arms sales had been diverted to the Contras in Nicaragua who were supported by the U.S. to oppose the left-wing Sandinista government. It was part of an illicit effort to avoid the scrutiny of Congress that was first reported by a Lebanese newspaper.

The Iran-contra affair concerned weapons that were illegally sold to Iran to encourage the release of U.S. hostages held in Lebanon. The proceeds from the arms sales were diverted to support the Contra rebel groups, an act specifically prohibited under the Boland Amendment.

North was tried in U.S. District Court in 1988. He was convicted of three felony counts: accepting an illegal gratuity, aiding and abetting in the obstruction of a congressional inquiry, and ordering his secretary, Fawn Hall, to destroy documents.

After the trial, John Kekker, the chief prosecutor said, “The jury has spoken after a long and difficult trial and the principle that no man is above the law has been vindicated.”

Like North, Kekker, was a marine veteran of Vietnam.  He added, “He (North) has been found guilty of three very serious charges” in a case which “some people said could not be tried.”

After the verdict, President George H. W. Bush, in an effort to clear his own name said, “There has been much needless, mindless speculation about my word of honor.”

The jury found north not guilty on nine of the 16 counts, including conspiracy charges of seeking to conceal the illicit contra supply network from Congress. They accepted the arguments of the defense lawyer, Brendan Sullivan that North was following the orders of his White House superiors.

In 1994, north unsuccessfully ran for the United States Senate as the Republican Party candidate in Virginia.

He also wrote several best-selling books including “Under Fire”, “One More Mission”, “War Stories—Operation Iraqi Freedom”, “Mission Compromised”, “The Jericho Sanction”, and “The Assassins”.  His book “American Heroes” was released in the United States on May 6, 2008. In the book, North addresses issues such as defense against global terrorism and radical Islam.