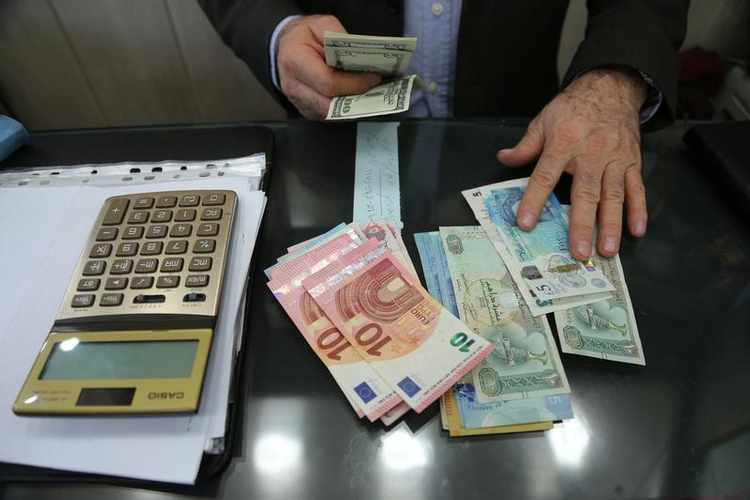 by Staff writer, SF
The Iranian rial is trading at near record lows against the dollar today, ahead of Donald Trump’s announcement about the future of the nuclear deal.
The US dollar is now worth 65,000 rials, compared with 57,500 at the end of April and 42,890 at the end of 2017.

Many Iranians, who recognise that Trump is likely to withdraw from the deal, are trying to buy hard US currency before the exchange rate moves further away from them, but this drive for American currency is actually driving the price of the rial down further.
How will Trump’s decision on the nuclear deal affect the rial?
If Trump pulls out of the deal and imposes further sanctions on Iran, it will prevent US businesses from working with the country and deter foreign investors. This means that the Iranian economy, which is already plagued by high inflation, corrupt financial institutions, and unemployment, will sink even more than it already is.

Mehrdad Emadi, an Iranian economist who heads energy risk analysis at London’s Betamatrix consultancy, said that this showed a “complete collapse of confidence” in the Iranian economy and that the exchange rate could soon be 110,000 rials to the dollar, which would triple the inflation rate, and bring back “barter-based transactions”.

The nuclear decision
Trump is expected to announce his decision on the nuclear deal at 2 pm EST today, but most senior officials expect that Trump will pull out of the deal, despite last-ditch attempts by France, Germany, and the UK to convince him to stay in the deal.
The agreement, formally known as the Joint Comprehensive Plan of Action, eased international sanctions on Iran in exchange for limits on its nuclear programme, but as Trump and his allies have repeatedly said, Iran has not kept up their end of the deal.

Iran’s economic woes
Last month, Iranian officials attempted to fix their broken economy by artificially fixing the exchange rate at 42,000 rials to the dollar and threatening arrest – or even execution – for traders who operated at another rate. They also set a limit of 10,000 euros ($11,900) for the amount of foreign currency that any citizen could hold.
An analyst in Tehran, who wished to remain anonymous for legal reasons, said: “The free market has been shut down officially, but it continues its work unofficially. There is an underground currency market in Iran, with rates, charts and everything.”

The Iranian officials have blamed their poor economy on nations that it considers enemies, without acknowledging the widespread corruption in the Regime that has ploughed money into the military rather than investing in jobs for Iranians.
This economic downfall has contributed to the ongoing anti-regime protests that are engulfing the country, despite the Regime’s violent crackdown on protesters, which left 50 dead and saw 8,000 arrested.