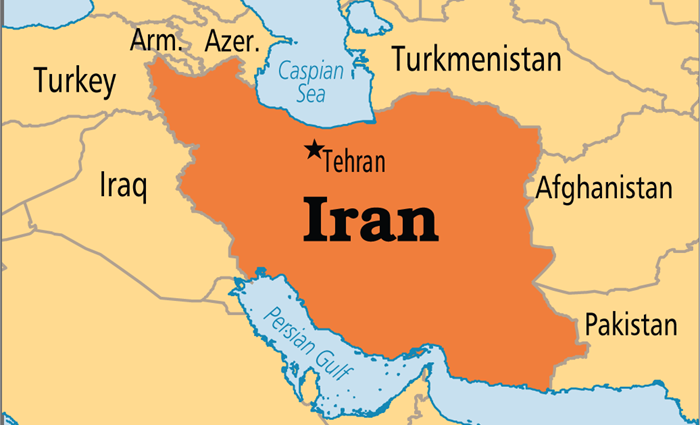 Robert Spencer, director of Jihad Watch, claims that the greatest threat to national security in the United States is Iran.

The Iranian regime, he said, “has been on a war footing toward the United States since 1979, mandates chants of ‘Death to America’ in every mosque in the country at Friday prayers, and now, thanks to President Obama and John Kerry, is on the fast track to obtaining nuclear weapons”.

Despite Iran being less ostentatious than ISIS, the regime is working on several anti-American initiatives that Spencer believes “could turn out to be even more lethal than anything ISIS has yet perpetrated”.

Iran’s Supreme Leader, Ayatollah Ali Khamenei, in 2011 said: “Wherever a movement is Islamic, populist and anti-American, we support it.” The following year he called for terror attacks in the West. Now, because of Obama, “Iran is newly flush with billions of dollars in sanctions relief to finance such attacks,” said Spencer.

He highlights that in his book, “The Complete Infidel’s Guide to Iran”, the nation is rife with terrorist activity. Chief of the activity is Hezbollah – a subsidiary owned and operated by Iran’s Islamic Revolutionary Guards Corps. It is Hezbollah that planned and organised the execution of the attack in Beirut that killed 241 US servicemen in the bombing of military barracks in 1983.

Spencer also points out that Iran has been associated with the bankrolling of the bombing of the Khobar Towers in Saudi Arabia in 1996 and the bombings of the US embassies in Kenya and Tanzania in which over 200 people were killed in 1998. He also points out that Iran’s Hezbollah are not just in Lebanon – they also operate from Mexico where they continue to target the US by partnering with the drug cartels along the border. “This partnership is mutually beneficial: Hezbollah gets massive amounts of cash to finance its jihad operations, and the drug cartels receive extensive training in ways to strike terror into the hearts of their enemies.”

Spencer also states that Hezbollah also bankrolls the Sunni jihad groups Hamas and Palestinian Islamic Jihad, as well as the Shiite Houthis in Yemen and the Iraqi Shiite group Kata’ib Hezbollah. They were also involved in planning the 9/11 terror attacks according to Spencer. He said that leading up to the attacks “at least eight of the hijackers traveled repeatedly to Iran and met with Iranian agents there, who facilitated their travel to Afghanistan for training”. Their passports were not stamped by Iranian border guards so that no suspicion would be raised when they entered the United States.

Abolfazl Eslami, a former Iranian diplomat, confessed that Iran had been plotting subversive activities through embassies in Canada and other countries. The US indicted seven Iranian hackers linked to the government of the Islamic Republic for cyber attacks on US banks and a dam in New York state earlier this year.

So now, thanks to Obama’s appeasement policy towards Iran, the regime is now bolder and more belligerent than ever. Although the new president of the US cannot recover the money Obama “showered” on Iran, the next one “can and should repudiate the nuclear deal and put the Iranian regime on notice that not only its pursuit of nuclear weapons, but its global adventurism will no longer be tolerated”.

“The Iranian opposition, however imperfect, that Obama refused to support in 2009 must be given active aid of all possible kinds. And any future negotiations with the Islamic Republic of Iran should only be entered into with a clear-eyed understanding of that regime’s bloodthirstiness, willingness to deceive and unshakable hostility to the United States.”

He added: “Iran is more dangerous than ISIS, but the Iranian people are the heirs of one of the oldest civilizations on earth. They deserve better than the Islamic Republic. As do we all.”