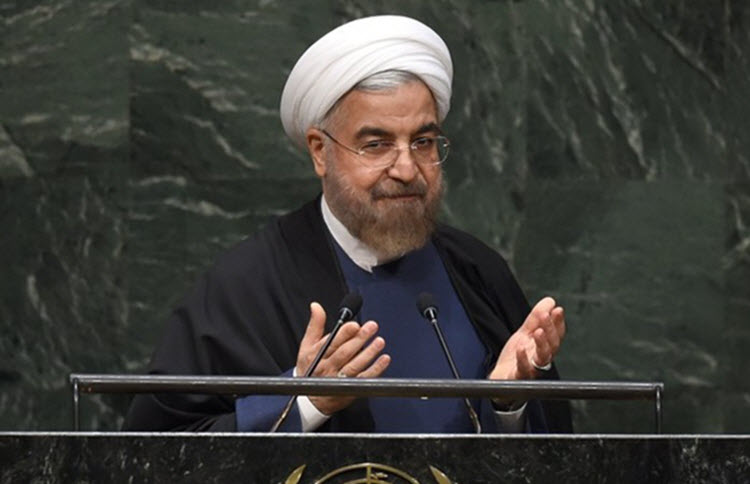 Iran regime’s armed forces spokesman Brigadier General Abolfazl Shekarchi told semi-official Mehr news agency that during a parade this past weekend, which was part of nationwide celebrations in Iran to mark the 30th anniversary of the end of its eight-year war with Iraq, gunmen opened fire on armed forces marching inside a park, as well as spectators who had gathered to watch the parade.

The four attackers were killed by security forces, according to reports by IRNA, Iran’s official news agency, who cited the deputy governor-general of Khuzestan province, where the attack took place.

Tensions have risen over the terror attack due to Iranian accusations against the U.S. and its regional allies, and Iran’s threats to avenge the attack.

Iran Regime’s president Hassan Rouhani is scheduled to attend the United Nations General Assembly. IRNA reported on Sunday, September 23rd, that Rouhani said that he would use his upcoming speech at the UN General Assembly meeting as an “opportunity to expose US breaches of international regulations.”

Rumors of a possible meeting between Trump and Rouhani seems to be out of the question now, but “meeting with some leaders” is also on Rouhani’s agenda, writes IRNA.

Meanwhile, hardliner MP Javad Karimi Ghodousi, warned Rouhani, and his Foreign Minister Mohammad Javad Zarif, not to hold “any planned or accidental meeting or phone conversation with the ‘evil’ president of the United States, and not to accept any role as mediator” for talks with others.

However, one European leader will meet with Rouhani: French President Emanuel Macron. Talks with Rouhani are slated, although prospects for the two countries’ relations are affected by a delay in dispatching France’s new ambassador to Tehran. Paris is hesitant because of an Iranian plot to attack a gathering of Iranian opposition group Mojahedin-e Khalq, aka MeK in France in July.

Conversely, Iran is unhappy over several French companies leaving Iran over fears of US sanctions, crippling Iran’s already weak economy. As well, France and other European states may not be able to offer help to Iran as long as the Iranian parliament does not approve the bills that would commit Iran to abide by international financial conventions like the FATF.

In the run-up to the second round of US sanctions that go in effect in November and target Iran’s oil exports, National Security Adviser John Bolton told Fox News on Sunday, “The president’s decision to withdraw from the Iran nuclear deal has had a profound effect on Iran and the region as a whole. And with even stronger sanctions coming back in November, we think we have disrupted their efforts to impose their will in countries around the region.”

According to Bolton, more sanctions may be imposed on Iran. “We think these new sanctions coming in will have a significant economic and political effect inside the country. And that’s what we want. We want massive changes in behavior by the regime in Iran. And if they don’t undertake that, they will face more consequences, because we will find more sanctions to impose and other ways to put maximum pressure on them,” he said.

ISNA reported on Monday that the Chairman of the Iranian Parliament’s Foreign Policy and National Security Committee, Morteza Saffari Natanzi, suggested that Rouhani talk about Saturday’s terror attack in Iran in his speech in New York. Calling them “little mercenary states”, Rouhani accused the US and Iran’s neighbors in the Persian Gulf region as of being behind the attack.

However, US chief diplomat at the UN, Nikki Haley denied any US involvement in the attack. “I think what Rouhani needs to do is he needs to look at his own home base,” she said, adding that Rouhani “should look in the mirror” rather than blaming the United States for the attack.

The IRGC’s own daily newspaper, Javan, blamed flaws in security arrangements and breach of security by the Iranian regime’s military intelligence units for the attack on Saturday.