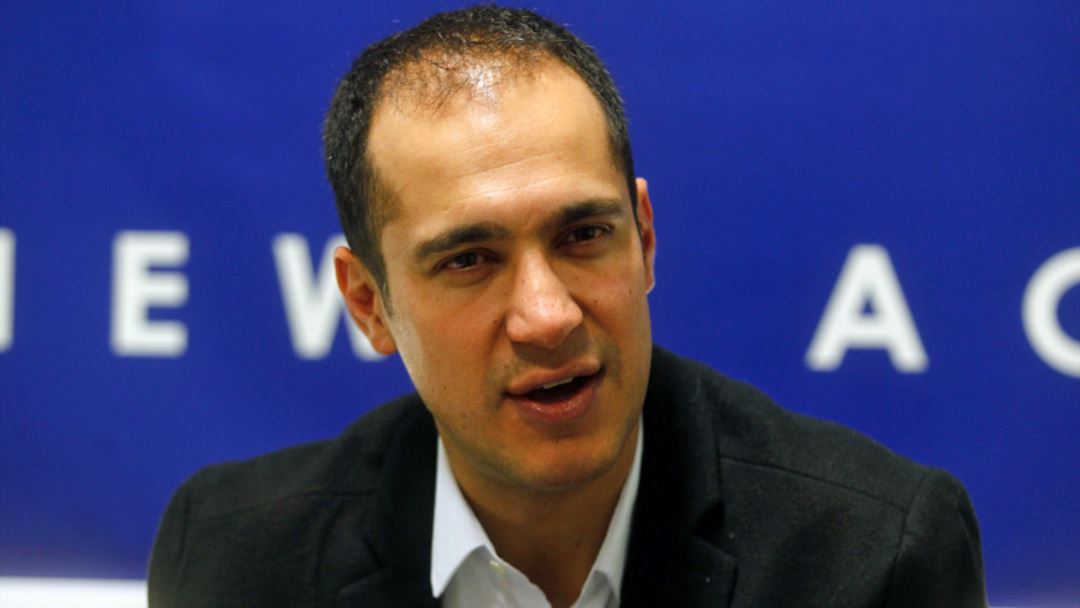 by Saeed
A senior environmental official in Iran has resigned his post and fled the country after angering Regime members and being arrested for his activism and Western connections.
On Tuesday, April 19, Kaveh Madani tweeted that he had “escaped” a country where “ignorant” people have “pushed aside science, knowledge and expertise.”

Madani, who served as the deputy head of Iran’s Department of the Environment, was personally recruited by Iranian President Hassan Rouhani who persuaded him to leave his lecturing post at London’s Imperial College last September in order to tackle the pressing drought problem in Iran.

Work
Madani, a water-conservation expert, tried to help Iran cope with the environmental crisis that has seen nationwide water shortages. While caused by a natural drought, the problems have been exacerbated by a mismanagement of natural resources and Regime corruption.
The American-educated environmentalist was responsible for international affairs and innovation in his position in the Iranian government, but soon found that the Regime was not happy with his ideas about protecting the environment.

Leaving
It is not clear when exactly Madani left Iran, but the news was first shared by Iranian lawmaker Mahmoud Sadeghi on Monday.
Sadeghi tweeted that Madani and his wife had left Iran, but did not say where they had escaped to.
This is crucially important as the Iranian Regime has a long history of executing dissidents inside and outside of Iran.

Arrest
On February 11, Sadeghi tweeted that Iran’s environment department chief Isa Kalantari had said that Madani had been arrested.
The Iranian Regime never officially confirmed this story. The following day, they tried to show that Madani was still at work by sharing a photo of Madani accompanying Kalantari at a meeting with the German ambassador in Tehran.
However, this arrest coincided with numerous arrests of environmentalists in Iran who were suspected of spying for the West under the cover of environmental protection work.

This includes Kavous Seyed-Emami, an Iranian-Canadian environmentalist who died in Tehran’s Evin prison on February 9, shortly after his arrest. His was one of many suspicious deaths in Iranian prisons in the first couple of months of 2018.
Iranian officials claimed that he had committed suicide, but his family doubted that and asked for an independent autopsy.
Various members of the Regime had previously accused Madani of spying for the West, while undertaking environmental work.
Madani hit back at them on Tuesday, writing on Twitter that accusing someone of being a spy is “easier than taking responsibility and cooperating to solve problems”.