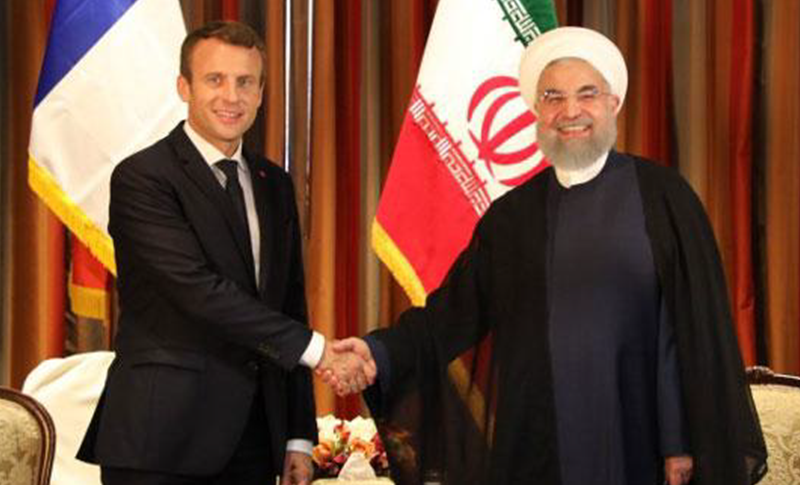 French President Emmanuel Macron is being praised for attempting to facilitate talks between Iran and the US, but few are questioning whether this is appropriate considering that Iran tried to bomb a rally in Paris just last year.

This is surprising considering that just last September, Macron’s government froze the assets of two Iranian diplomats and Iran’s ministry of intelligence (MOIS) internal security division in response to the foiled bomb plot targeting Iranian dissidents and their supporters, including former New York City Mayor Rudy Giuliani and former US House Speaker Newt Gingrich, in June 2018, according to a report by CNSNews.com.

At the time, the French government called it an “extremely grave attack” targeting the annual gathering of exiled opposition group National Council of Resistance of Iran (NCRI), saying that it “cannot go unanswered”, with Foreign Minister Jean-Yves Le Drian saying this attack “confirms the need for a tough approach in our relations with Iran”.

Thankfully, European authorities foiled the plot, arresting four people including an accredited Iranian diplomat, Assadollah Assadi, who was serving in Vienna’s Iranian embassy at the time, eventually concluding that Tehran was behind the attack. Tehran denied this and demanded Assadi’s release, but he remains in jail in Germany.

On the day that Macron met with Zarif in Paris, opponents of the Regime protested near the Eiffel Tower, carrying a large banner reading “Expel Zarif,” amid chanting “Zarif is a terrorist. Expel him”. They also called for the shutting down of Iranian diplomatic missions, which are hubs for terrorism, in Europe.

The NCRI’s Shahin Gobadi criticised the visit, saying the foreign minister’s role was “to whitewash the regime’s crimes in Iran and its terrorism abroad”.

Roland Lombardi, a Mideast specialist at JFC Conseil, an analysis group in Marseilles, noted several past incidents where the Iranian Regime harmed French interests including the October 1983 suicide bombing in Beirut by Iran-backed Hezbollah, which killed 58 French paratroopers. However, he said that France sees Iran as a huge potential market, pointing out that trade between France and Iran rose to $1.6 billion in 2017, following the suspension of international sanctions against Iran under the nuclear deal.

Since the US pulled out of the deal and restored sanctions, several French companies have left Iran, including automakers Peugeot and Citroen, Airbus, and oil giant Total.