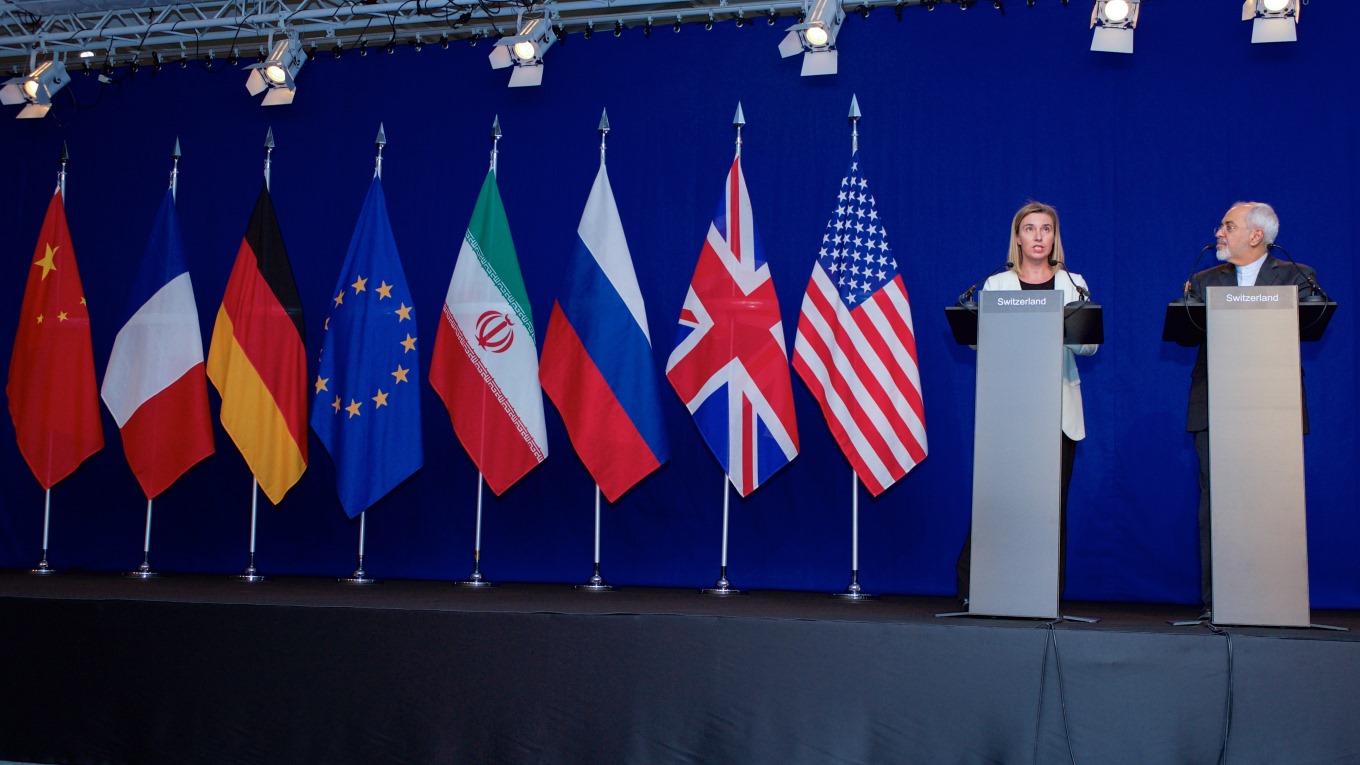 Iran’s economic, diplomatic and political ties with the European Union are repeatedly highlighted by its leaders and media outlets. The narrative they pose is one where the EU is left with no option other than backing Iran politically, so European nations will continued to advocate to preserve the Iran nuclear deal and will continue to provide sanctions reliefs to the Islamic Republic.

However, many scholars, policy analysts, and politicians are surprised by some EU member’s efforts of to maintain their rapprochement with the regime in Tehran.
Iran shares few common interests with the EU, according to Dr. Majid Rafizadeh, Harvard-educated Iranian-American political scientist, leading expert on Iran and US foreign policy, and president of the International American Council. In his article for Arab News, he writes, “With respect to Iran’s clerical ideology, one of the core pillars of the Islamic revolution has been the export of the revolution and the establishment of a political system similar to that of the Iranian regime in other nations. In fact the rulings mullahs frequently and publicly state their intentions and commitment to promoting such a revolutionary objective, and they have incorporated this critical mission in the Islamic Republic’s constitution.”

The ongoing interference of the Iranian regime in the in such countries as Bahrain, Yemen, Syria and Iraq seems to display a clear intent: its pursuit of hegemony in the region. Meanwhile, it shows disrespect and directly undermines the EU’s foreign policy objectives in the Middle East, and stands against the EU’s commitment to respect for the principles of national sovereignty and non-interference in the domestic affairs of other nations.

Tehran sponsored Hezbollah and others are a serious threat to Europe’s security. Dr. Rafizadeh writes, “Groups such as Hezbollah — which are supported by the Islamic Revolutionary Guard Corps and its elite Quds Force — view terrorism as a powerful instrument in advancing their ideological and geopolitical goals, and pose a terrorist threat to Europe, having killed many Europeans.”

Iran is said to be the world leader in executions per capita. Amnesty International reports that it is also a leading executioner of children. Crackdowns and discrimination against religious and ethnic minorities including Christians, Sunnis, Arabs, Kurds and Afghans continue. This is in sharp contrast to the European Convention on Human Rights, which strives to protect human rights.

A German court recently concluded that Tehran had orchestrated the assassination of four Iranian Kurdish dissidents in Berlin. Additionally, the US accused Iran’s Quds Force in the botched 2011 plot to assassinate the Saudi ambassador to the United States. Iran has also been accused of murdering Arab-Iranian activist Ahmad Mola Nissi in the Netherlands. The regime has “systematically resorted to different methods of assassinations to silence its dissidents in Europe and other Western nations,” according to Dr. Rafizadeh.

Further, in terms of political ideology, the EU is a democracy, while Iran’s political establishment is a Shiite theocratic oligarchy. Its supreme leader, enjoys ultimate legal, constitutional and religious authority over the nation. Opposition to the Shiite theocracy is brutally suppressed by the regime’s forces.

Dr. Rafizadeh explains that “the strategic, geopolitical and ideological gaps and differences between Iran and the EU are too deep to be bridged.” There appear to be little convergence of interests between the EU and Iran. The ruling mullahs have continued their anti-Western political ideology for 40 years, and the EU should understand the implications of this.