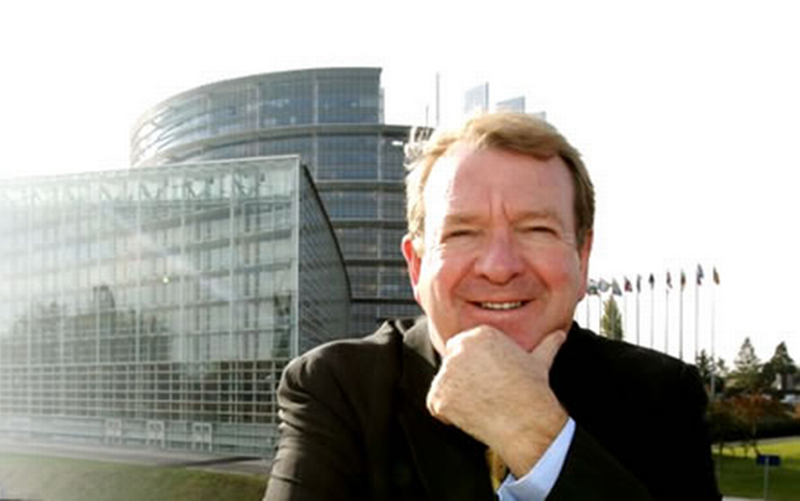 The coordinator of the Campaign for Iran Change Struan Stevenson has applauded Donald Trump’s decision to end the sanctions waivers that allowed countries like Iraq, Turkey, India, Japan and China to continue purchasing Iranian oil after November 2, 2018.

These six-month waivers will expire on May 2 and will not be renewed, US Secretary of State Mike Pompeo said on Monday, explaining that this decision would “deprive the outlaw regime of the funds it has used to destabilize the Middle East”.

Stevenson described this as “the final nail [in] the mullahs’ coffin”.

The US has been eager to reduce Iranian oil exports to zero, following the US withdrawal from the nuclear year last year and subsequent reimbursement of sanctions. The US wants to stop Iran from using its money to abuse the Iranian people, who are in the midst of an anti-regime uprising and supporting terrorist groups.

That’s why the US also added Iran’s Revolutionary Guards Corps (IRGC) to its list of foreign terrorist organizations at the beginning of last week. The IRGC control about 90% of Iran’s economy, which is currently in deep trouble, meaning that now anyone trading with Iran will not just be violating US sanctions but proving support to a terrorist group.

The US is also being urged to blacklist Iran’s Ministry of Intelligence & Security for its role in extraterritorial terror attacks during 2018 and previous years. At a peaceful opposition rally in Paris last June, a trained MOIS agent posing as an Iranian diplomat in Vienna handed over explosives to two other MOIS agents before being arrested by police.

Many EU countries, including France and Albania, have expelled MOIS agents posing as diplomats, recognising that this makes their country unsafe.

The mullahs pose a threat to the West (and the whole world), but the Iranian people do not. The Iranian people recognise that their enemy is in their government and they want to overthrow the dictatorship that has kept them crushed for so long.

They’ve spent years crying out for the mullahs to abandon their proxy wars in favour of supporting the Iranian people, but knew that the mullahs are incapable of change. The mullahs’ responded with violence.

Stevenson said: “[The Iranian people] long for the freedom, justice, human rights, women’s rights, an end to the death penalty, an end to the nuclear threat and the restoration of a secular democracy that is being offered by the main and best organized resistance movement, the Mojahedin e-Khalq (MEK) and the opposition leader Maryam Rajavi.”