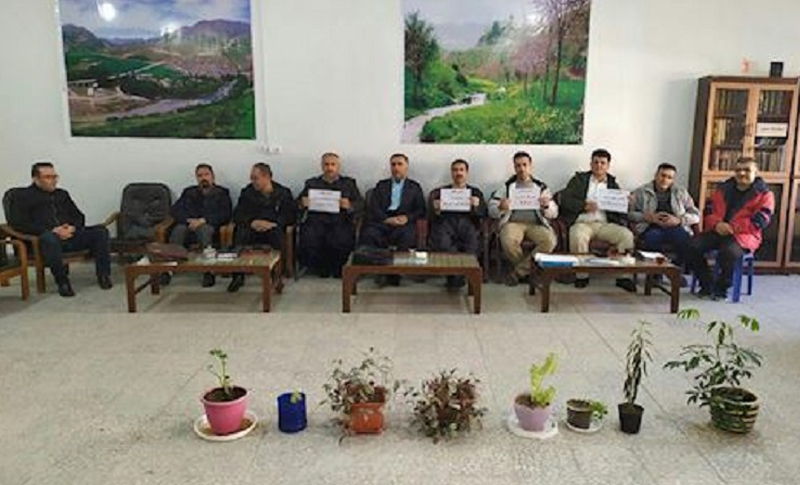 In response to a previous call for a strike, teachers in many parts of Iran went on strike on Monday, December 23. Reports indicate that teachers from the cities of Bushehr, Saqqez, Marivan, and Sanandaj refused to show up in classes and took part in the strike.

The teachers on strike protested the continuous inequality in paychecks and pensions for working and retired teachers and skyrocketing inflation. They also demanded the release of their imprisoned colleagues.

December 23 – Tehran, #Iran
Retirees from across the country rallying outside the regime’s Majlis (parliament) and holding a protest gathering coinciding with a nationwide strike by teachers.#IranProtests pic.twitter.com/ZeY6VPfACl

In another development, retirees from across the country gathered outside the regime’s Majlis (parliament) in Tehran on Monday in a protest that coincided with the teachers’ strike across Iran. The participants held signs reading, “People’s demands should not be responded to with bullets and imprisonment” and “We will continue our efforts until our demands are met.”

On Saturday, workers of the Fasa sugar cube factory in Fars Province, southern Iran, held a great protest outside the local governor’s office for not receiving their wages during the past four months. They have also been deprived of their insurance pensions for the past three months.

Reports from Shahr-e Kord, Isfahan Province, indicate that employees of a local cement factory held a protest outside the factory on Saturday and demanded their delayed paychecks. They also protested the harsh working conditions. The regime’s Maskan (Housing) Foundation is the shareholder of this factory.

These protests and strikes are indeed the continuation of the November uprising that shook the Iranian regime in its entirety. Regime officials are voicing ongoing concerns in this regard. They say it is necessary to act to prevent any recurrence of the Iran protests.

The clerical regime ruling in Iran is incapable of solving the people’s social problems and difficulties, especially basic economic problems. It seeks one way or another to prolong its life and preserve it rule. Therefore, the authorities are continuing to plunder and steal people’s property. A vast part of public assets and the country’s capital is used for the regime’s warmongering policies and funding terrorist proxies and continuing proxy wars in the region.

Versus this economic turmoil, Iranian people’s daily protests continues to spread across the country.