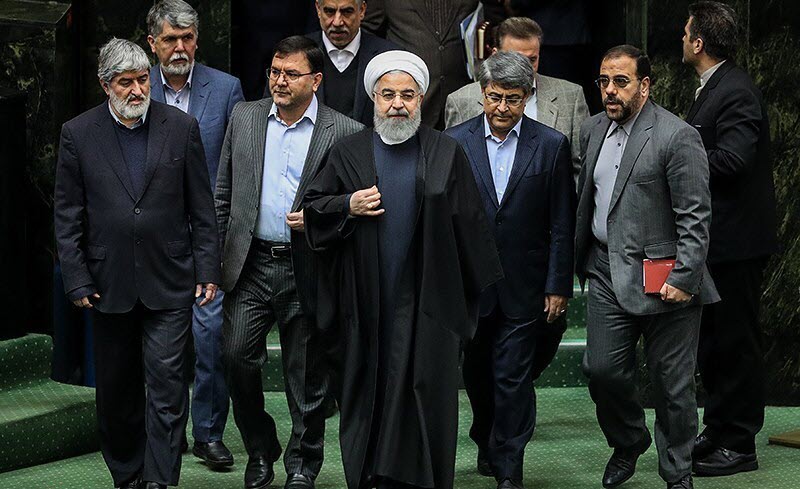 Tehran unveiled its proposed budget, which comes with significant tax hikes and increases in fees and duties. The new budget increased by six percent from last year’s, but inflation is reported to be at almost 10 percent, nullifying the effects of any budget growth in terms of services that benefit the Iranian people.

Rouhani said in televised remarks, that banks need to “withdraw from business dealings” and return to traditional lending services. Iran is said to be experiencing an economic crisis due a government-controlled economy that has funneled capital away from the private sector to fund a variety of military programs and wars.

Rouhani promised the Iranian people significant economic alleviation after implementation of the Iranian nuclear deal two years ago, which lifted many economic sanctions. The International Monetary Fund did report that Iranian gross domestic product grew 12.5 percent last year, however, almost all but most of that growth was attributed to expanding oil exports. The Iranian consumer economy remained sluggish, and in areas like agriculture, slid backwards. The IMF predicts growth to be only 3.5 percent this year, as oil exports have stabilized.

Iran’s unemployment is officially at 12.5 percent, and the economic outlook is bleak for the Iranian people. Meanwhile, Rouhani has increased Iran’s military budget by 145 percent.

Michael Tomlinson writes in article that, “There is a certain irony in all of this since under the previous rule of the Shah, steep increases in military spending led to wide discontent among Iranians over the perceived lack of support for the consumer economy. A similar scenario is now developing under the mullahs in Tehran.”

The investment in military campaigns has helped with Iran’s ambition of building an Shiite arc of influence stretching from the Mediterranean Sea to Indian Ocean. This fulfills a vision that Iran’s Supreme Leader Ali Khamenei has long nurtured. According to Tomlinson, preserving his ideology and power is Khamenei’s driving passion.

Rouhani claimed that Iran was ready to restore ties with Saudi Arabia if it stopped bombing in Yemen, and Foreign Minister Mohammad Javad Zarif, in an editorial in the New York Times, urged Europe to continue working with Iran, emphasizing that the regime’s military capabilities were “entirely defensive” in nature. But, Iran is reported to support Hezbollah terror groups in Lebanon, as well as Shiite militias in Iraq, and the Houthis in Yemen — who now mount raids along the Saudi Arabian border. As well,Iran’s missile program displayed ranges that placed much of Europe, Asia, and Africa within striking distance of missiles from Iran.

Considering these factors, alongside Rouhani’s budget proposal, it seems unlikely that ordinary Iranians will see any change in their economic plight.