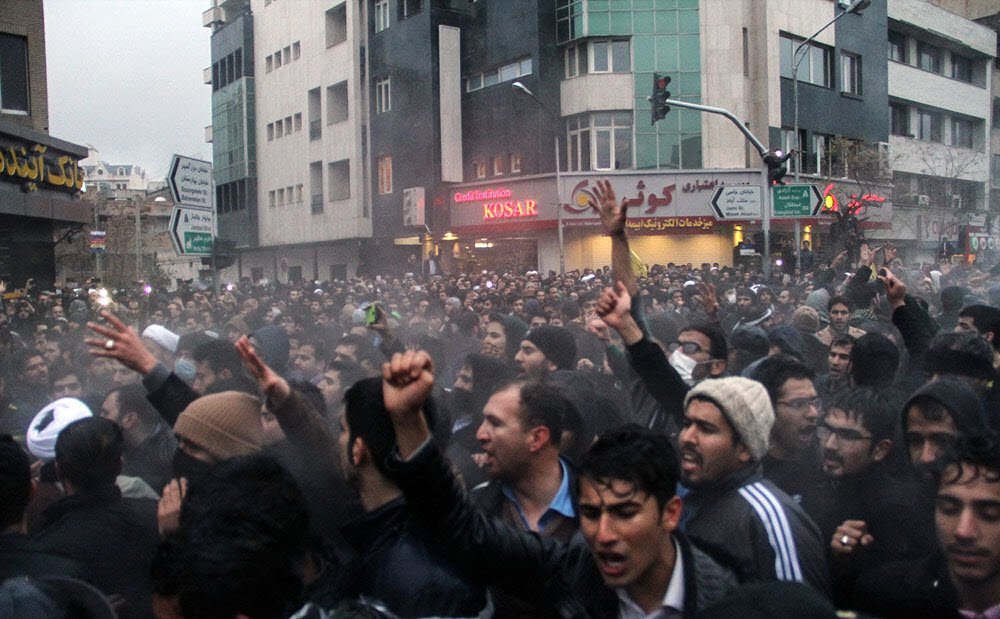 The recent protests in Iran have exposed just how scared the Iranian Regime is of its own people, from internet censorship to prevent their people from communicating (both amongst themselves and to the outside world) to mass arrests and extrajudicial killings.

The thing is that the leaders in the Iranian Regime have every reason to be worried: their time is up. Soon they will be overthrown by the Iranian people’s wish for a free Iran and hopefully even tried in front of the International Criminal Court for crimes against humanity.

The Iranian mullahs have long tried to suppress their people, as all dictatorships do, and this will prove their inevitable downfall.

Claude Salhani wrote on The Arab Weekly: “The mullahs in Iran [are] fighting a losing battle. It matters not how many guns, armoured cars, tanks and torturers they may have at their disposal… It is inevitable for change to come to Iran, just as it has in many countries in the past.”

The recent protests in Iran sprang up in December following a sharp increase in food prices that ordinary Iranians could not meet but soon turned into a nationwide movement to get rid of the Regime.

The Iranian people’s resentment of the Regime has many roots, from a failing economy to human rights abuses to censorship of its people, but no matter their reasons for opposition, the Iranian people know that the Regime has to go.
The leaders insist that the protesters have been riled up by social media- as if Instagram is the thing that causes you to be angry about not having enough food to feed your kids- and banned it, hoping that the protests would soon dissipate. They were wrong.

Iranians found technology which allowed them to evade the ban and got more enraged by the fact that the Regime attempted to censor them.

What’s more the Regime has also announced a ban on English language lessons in public schools, which means that future generations will not be able to read/write/speak the global language and will be reliant on their rulers (who will be taught English privately) to translate global news for them. This means that the Iranian Regime will be able to control their populace in much the same way that North Korea does.

Salhani wrote: “It is a regime that promotes hostility to other cultures as it is a guarantee of continued rule. It is also a regime that lacks confi¬dence in itself. It does not want its citizens to know there is a lot out there with different ideas and various possible narratives. By doing so, it is condemning itself to sclerosis and obsolescence.”