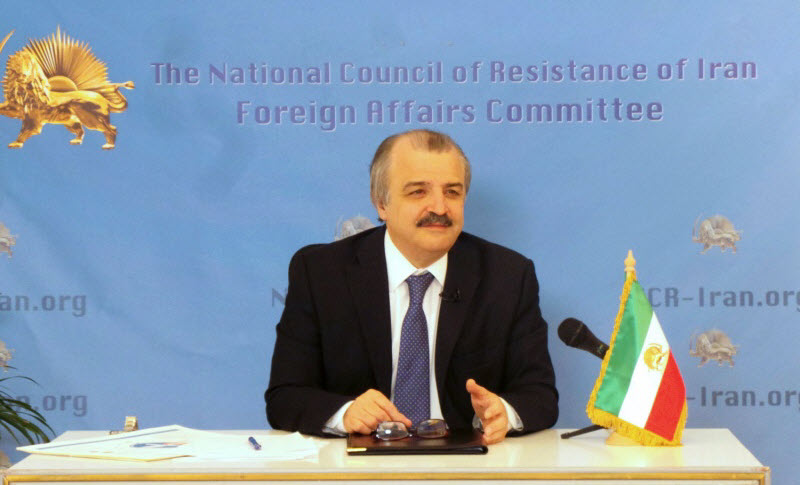 However, more needs to be done, according to Mohammad Mohaddessin, Chairman of the Foreign Affairs Committee of the National Council of Resistance of Iran (NCRI) In an interview with Ilaf news website. He declared that the next step should be to sanction the Iranian regime’s natural gas exports. “Further sanctions on gas exports will cut off the regime from Iran’s natural resources and ensure that these assets will be used to rebuild the country after the mullahs are overthrown,” Mohaddessin told Ilaf reporters.

That the Iranian regime’s oil ministry has granted $22 billion to the Khatam al-Anbia Garrison over the past year, the economic arm of the Revolutionary Guards, over the past year, has been stipulated by the U.S. Treasury. “Sanctions against the Iranian regime’s petrochemical industry has been one of the long-sought demands of the Iranian people and their resistance,” Mohaddessin said. “The regime has used the revenue from oil sales to fill the coffers of the criminal IRGC and the regime’s supreme leader, to suppress the Iranian people, and to expand its terrorist activities across the region. None of this revenue has been used in service of the people.”

Washington’s increased pressure is meant to tamp down the Iranian regime’s behavior in the Middle East and across the world, including its ballistic missile program and its proxy wars in Syria, Iran, Yemen and Lebanon. Washington has also accused Tehran of the recent attacks on Saudi, Norwegian and Emirati oil haulers in regional waters.

Mohaddessin also pointed out that Tehran uses complex schemes to hide traces of its money and how it channels its oil and gas revenue to the IRGC. The Iranian government has also officially forfeited a large part of the petrochemicals industry to the IRGC, Mohaddessin said. This is potentially worth tens of billions of dollars, which will all be spent on domestic repression and foreign terrorism.

The regime has tried to prevent petrochemicals from being included in the sanctions through negotiations with other countries and its lobbies in the U.S. “Fortunately, these efforts were fruitless,”

Mohaddessin said the regime’s efforts to prevent petrochemicals from being included in the sanctions through negotiations with other countries and its lobbies in the U.S.have fortunately, been fruitless.”These are the assets of the Iranian people and should be spent on rebuilding the country after the mullahs’ regime is overthrown.”