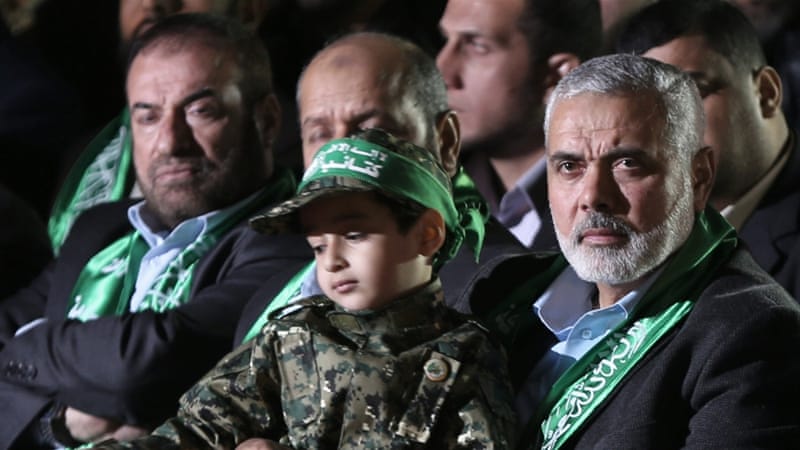 The US State Department imposed sanctions against a key Hamas leader and other Iran-sponsored terrorist groups on Wednesday.
Ismail Haniyeh, who became the leader of the terrorist group’s political wing in May, was designated by the US government as a specially designated global terrorist.

The US also designated Palestinian organization Harakat al Sabireen and two Egyptian-based groups Liwa al-Thawra and Harakat Sawa’d Misr as terrorist groups.
This will block Haniyeh and the three groups from working with US banks or individual Americans and put a freeze on any of their assets held in the US.

US Secretary of State Rex Tillerson said in a statement: “These designations target key terrorist groups and leaders – including two sponsored and directed by Iran – who are threatening the stability of the Middle East, undermining the peace process, and attacking our allies Egypt and Israel.

Today’s actions are an important step in denying them the resources they need to plan and carry out their terrorist activities.”
The two that are sponsored by Iran and represent Iranian aggression in the Middle East are Haniyeh and Harakat al Sabireen
US Ambassador-at-Large and Coordinator for Counterterrorism Nathan Sales said: “Iran remains the world’s leading state sponsor of terrorism.

While Israeli Prime Minister Benjamin Netanyahu is worried about rocket attacks from Iran-backed Hezbollah, in Lebanon, as well as Iran’s entrenchment in Syria, Sales is worried about the threat posed by Gaza-based terrorist cells.

Sales cites that Hamas has “reportedly developed a new short-range rocket with a far larger explosive payload” than the rockets previously fired into Israel and that Harakat al Sabireen has already staged multiple rocket attacks against Israel.

He said: “Our new approach marks a dramatic break from the past. We’re no longer downplaying the threat of Iran-backed militancy. Nor are we so focused on Iran’s nuclear program that we’re willing to overlook the regime’s many other malign activities.”

He continued by stating that the Trump Administration has put countering Iran and its terrorist partners as a top priority
Sales said: “The Trump administration is addressing the totality of the threat Iran poses, and applying pressure to bring about a change in Tehran’s behaviour.”