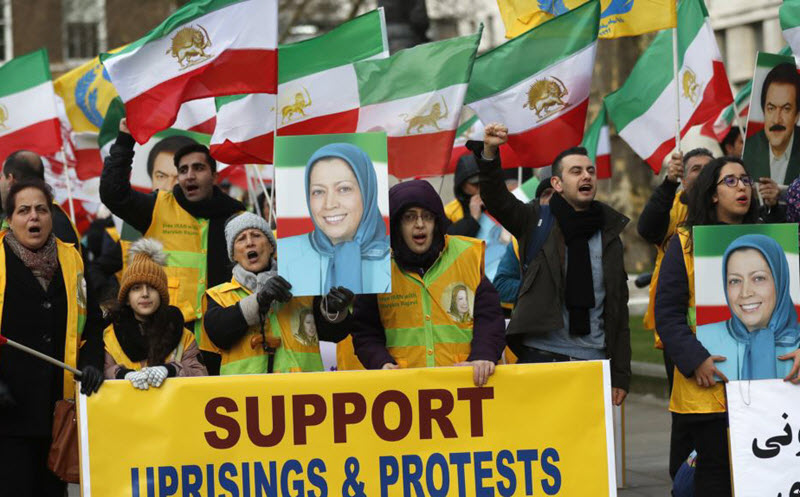 The US sanctions on Iran are hitting the Regime so hard that its mullahs are trying to appeal to the International Criminal Court to stop them, which must be the last-ditch attempt of a dying Regime. Why else would a Regime responsible for so many atrocities actually seek to bring themselves to the attention of the body that should be bringing them to justice?

So, it is clear that the Regime is dying and that sanction is spurring the death on, which is why Donald Trump must make decisions about how best to help the Iranian people achieve their much-wanted freedom.

Rachel Avraham, a contributing writer at the Haym Salomon Center, wrote on The Hill that Trump should assist and empower the minorities in Iran, who have long been abused by the mullahs, to topple the Regime themselves.

She wrote: “After all, even if the ayatollahs are pushed into a corner, without a regime change their reign of terror will continue.”

This is true, of course. Appeasement and limited sanctions have been tried over the past 40 years, but they have all failed to moderate the Regime. Simply, there are no moderates within the Iranian Regime and there never will be. The only hope for a Free Iran is to overthrow the Regime.

However, while religious and ethnic minorities make up a sizable chunk of the Iranian population – more than half according to some estimates – they cannot overthrow the Regime on their own. Plus, regime change is the will of all Iranian people – as made clear by ongoing protests in Tehran – so surely it would be better for the US to support all Iranian people.

It’s also worth noting that the Iranian Resistance, particularly the National Council of Resistance of Iran (NCRI), actually have done a lot of the legwork already, with organising the ongoing Iranian uprising, so the US would be best off working with the NCRI to pool resources and learn from those who are experts in the Iranian Regime.

This would not be the US turning its back on the long-suffering Iranian minorities, but rather supporting all marginalised groups in Iran, from women to to political prisoners. This is a chance for the US to empower all minorities in Iran and achieve a Free Iran faster.

The Iranian people also want more pressure put on the Regime from increased sanctions to denying Iran technology to denying Iran access to Syria, Lebanon, Iraq and Yemen. They want more than just vocal support, they want the tangible engagement to bring change to Iran once and for all.