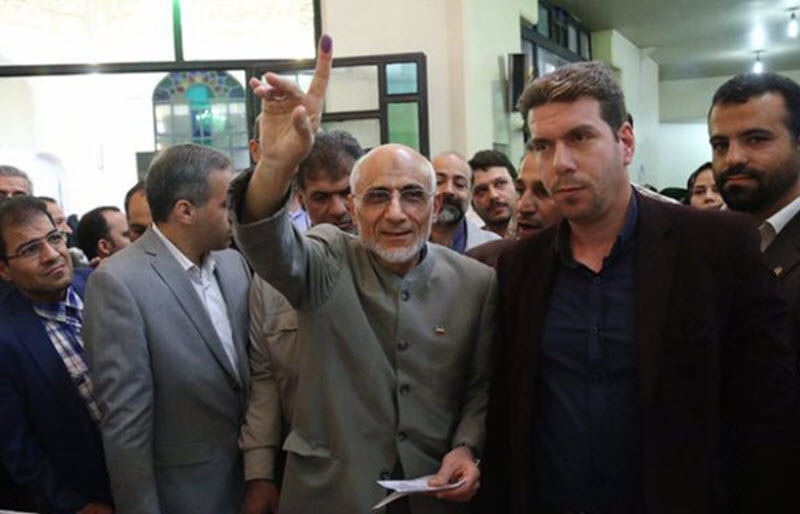 A controversial announcement last April that the Iranian regime planned to offer 100 of the country’s journalists unrestricted internet access, sparked criticism over the mandate that The Ministry of Culture and Islamic Guidance (MCIG) would vet all candidates for loyalty to the regime’s Islamist ideology.

The move was described as “favoritism and hush money” by several Iranian journalists on Twitter. Others tweeted that access to cyberspace “is a right, not a favor.” Many journalists claimed that they would not apply, using the hashtag “I’m not interested.”

While the MCIG was sanctioned by the Obama administration for engaging in censorship, its current leadership seems to have escaped Washington’s attention. It still plays a leading role in controlling political and cultural speech in Iran. However, the sanctioning the ministry’s current head, Abbas Salehi, would send the regime a strong message regarding repression.

The MCIG claims that it seeks the protection of “society from influence of alien cultures” and the promotion of the “values of the Islamic Revolution based on the school of thought and political outlook” of Iran’s first supreme leader, Ayatollah Ruhollah Khomeini, according to its website. With this in mind, the MCIG vet’s books, museum exhibitions, television stations, music, films, and theatrical performances, which all require a permit from the ministry. Western classics like War and Peace and Crime and Punishment have also been edited by the MCIG.

The Obama administration also sanctioned the MCIG’s Press Supervisory Board. The Press Supervisory Board issues licenses for print and online media, monitors their content, and has the power to shut down publications. The leader of the ministry also serves on the Supreme Council of Cyberspace, who issues directives to monitor dissidents and ban objectionable websites.

Mostafa Mir-salim, former MCIG leader, declared that journalism is “not a profession. Rather, it must be perceived as an ideological mission aimed at confronting the cultural onslaught” from the West.

Iranians who publicize their work with no license frequently face imprisonment. Having a license is no guarantee of immunity either, as licensed published content that offends the regime can also lead to imprisonment. The fear this contradictory environment imposes on Iran’s artists has a devastating psychological impact.

Golnaz Ghabraei, an Iranian literary critic and translator who fled the country in 1985, described its effect in a November 2017 interview. “Self-censorship,” she said, “is having a sprawling Ministry of Culture and Islamic Guidance in your brain that consistently supervises you, your thoughts and your behavior day and the night,” she said. “The costlier the price for showing your true self, the more the true self retreats until you cannot recognize it anymore. Sometimes the true self is lost forever.”

By actively disseminating content that promotes its Islamist values, through cultural centers and mosques throughout the world, particularly in South America, Europe, and Africa, the MCIG aims to not only cultivate international support for Iran’s regional agenda, but also to bolster the regime’s legitimacy globally.

Salehi was appointed in August 2017, and has, along with President Rouhani, attempted to cultivate an image of moderation. In reality, he behaves much like the hardliners he attempts to blame for the ministry’s failure to reform.

For instance, in the Iranian city of Isfahan last January, local MCIG officials prevented
female members of an orchestra, led by prominent male singer Salar Aghili, from performing. The next day, Salehi declared that he had “no problem” with women playing on stage, but added that the ministry’s “general rules need to be followed” for now.

As well, the MCIG prohibited state-approved media outlets from reporting about a public letter that Mehdi Karroubi, an Iranian opposition leader under house arrest, released to President Rouhani urging him to address the demands of Iranian protestors.

The ministry released a statement in February, during the nationwide celebrations to mark the thirty-ninth anniversary of the Islamic Revolution. Salehi said he “had never seen such glorious marches on this occasion.” The festivities, the ministry continued, afforded Iranians an opportunity “to stand shoulder to shoulder in defending their national interests and ideals of the Revolution.” The presence of artists at the marches, the statement added, facilitates “national resistance against dangers that threaten our national dignity, and unity.”

If Washington were to sanction Salehi, it would undermine the regime’s legitimacy, and show solidarity with the Iranian people.