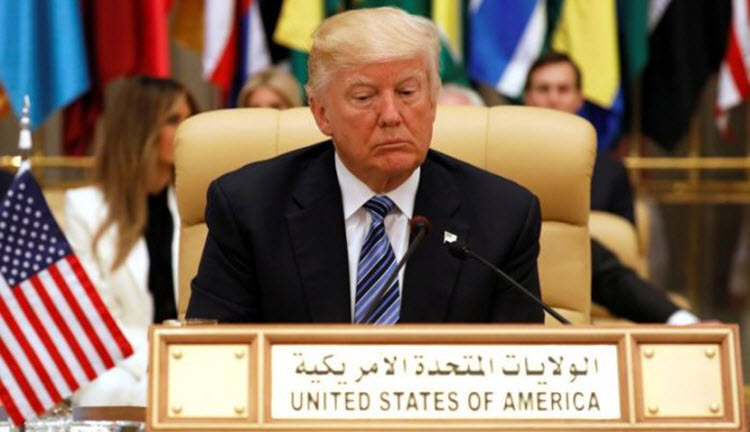 Hassan Rouhani was elected to a second term in office, but his election has little meaning in light of the fact that Supreme Leader Ali Khamenei sets Iran’s policy, and is backed by the Revolutionary Guard Corps.

Arguments against the Iranian government are not directed at its people, who have been manipulated. It has been directed at the conduct of the leadership, whose policies emphasize suppression of dissent, and its foreign policy of war and terrorism.

Ironically, Iran’s own actions to unite have the opposite effect, as countries who were previously adversaries are now aligning to form an international coalition to halt Iranian regime’s expansion, according to an article published by iranlobby.net.

Saudi Arabia was President Trump’s first stop on his overseas trip, which extended into Israel. These two countries have not only been at odds but have even been at war. Along with other countries, including the Gulf states, they have begun the to work together to contain the Iranian regime.

iranlobby.net cites the ancient proverb: “The enemy of my enemy is my friend” and say it is used now among countries that are being confronted by Iranian extremism. For President Trump, this is an opportunity to redefine a new order in the Middle East.

In stressing threats from Iran, Trump repeated a theme laid out over the weekend in meetings in Saudi Arabia with Muslim leaders from around the world. Trump said there were opportunities for cooperation across the Middle East, “That includes advancing prosperity, defeating the evils of terrorism and facing the threat of an Iranian regime that is threatening the region and causing so much violence and suffering.”

Meanwhile, Rouhani claimed that regional stability could not happen without Iran. He said the summit in Saudi Arabia “had no political value, and will bear no results,” and added, “Who can say the region will experience total stability without Iran? Who fought against the terrorists? It was Iran, Syria, Hezbollah and Syria. But who funded the terrorists?”

Rouhani also claimed that Saudi Arabia was more dangerous because of the rise of Sunni-dominant terrorist groups such as ISIS, but ignored his own country’s role in helping spawn ISIS.

Rouhani claimed that Saudi Arabia holds no free elections. “Mr. Trump has come to the region at a time when 45 million Iranian people went to polling stations, and he went to a country where they don’t know what elections are about,” Rouhani said. “It’s not in their dictionary. Hopefully the day will come when Saudi Arabia will adopt this path.”

His comments didn’t mention that in Iran, candidates are chosen by an unelected 12-man council.

Rouhani for failed to answer questions about Trump’s calls to isolate Iran over its support for militant groups and its ballistic missile program, and suggested that the new U.S. administration had yet to “settle down” and formulate a coherent policy in the Middle East. “We are waiting for this new U.S. government to be settled in terms of their stances, posture and future plans,” Rouhani said. “Hopefully things will be settled down and well established in the U.S. so that we can actually pass judgments on the new administration.”