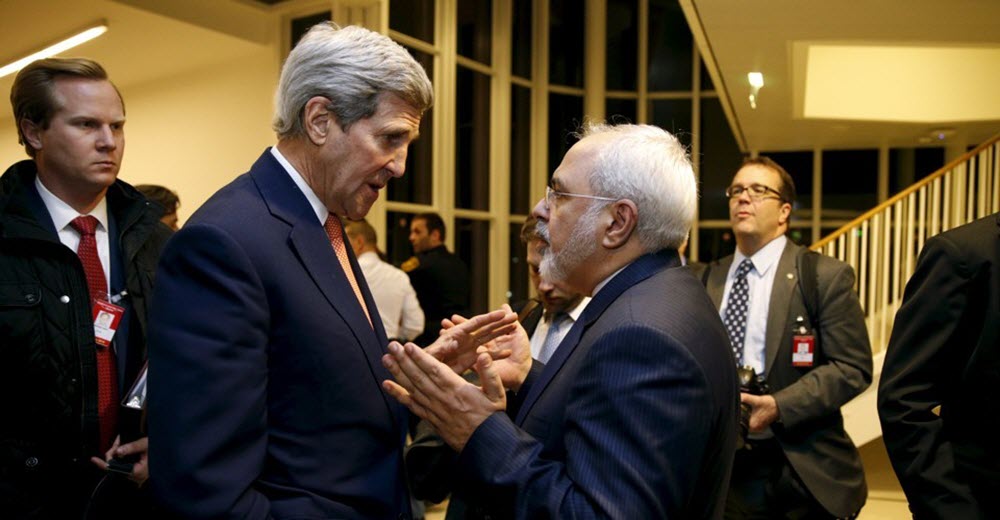 The Iranian Regime is violating the nuclear deal and the Trump administration must not be afraid to admit this according to one human rights activist.

Heshmat Alavi wrote an op-ed for Forbes in which he laid out the evidence for Iran’s violations of the nuclear deal and insisted that they should not be labelled compliant once again.

Of course, the International Atomic Energy Agency (IAEA) has hardly been especially helpful in this matter.

Alavi wrote: “From the Joint Comprehensive Plan of Action (JCPOA) signing to this day the IAEA has issued seven verification reports confirming Iran’s compliance. In two reports the IAEA confirmed Iran exceeding its heavy water limits, resulting in Tehran taking immediate action to send the excessive amount to Oman. Various analysts viewed this as a sign of Iran’s desperate need to the JCPOA, despite recent threats of relaunching nuclear efforts.”

He continued: “It would be difficult for the Trump administration to issue a report finding Iran in noncompliance when the IAEA says otherwise. This will provoke criticism across the board, such as claims of Trump’s measures being politically motivated. Others have made similarities to the Iraq scenario where claims that led to war were never proven. And the rest is history.”

But Trump, an ardent critic of the nuclear deal, has found Iran compliant with the agreement twice in seven months because his administration has yet to finalise its Iran policy and has yet to utilise the evidence found by sources other than the IAEA (who have to notify Iran of when they’ll be inspecting) to find Iran in compliance.

This evidence would help bring the other signatories to the nuclear deal on board to criticise Iran.

Alireza Jafarzadeh, Deputy Director of the National Council of Resistance of Iran’s (NCRI) Washington office, wrote in the Washington Examiner: “In June, the National Council of Resistance of Iran revealed details of the escalation of the Iranian missile program, proving the nuclear threat to be real. The opposition coalition identified more than 40 sites for missile development, manufacturing, and testing, all of which were under the control of the IRGC. What’s more, at least one of those sites was known to be collaborating with the Organization of Defensive Innovation and Research, known by its Farsi acronym SPND, the institution tasked with weaponization activities related to the Iranian nuclear weapons program.”

The NCRI first revealed Iran’s nuclear weapons programme all the way back in 2002.

Others who believe that the evidence points to violations on Iran’s part include former IAEA inspector David Albright, former IAEA deputy Olli Heinonen, Somalian Ambassador to the US Ahmed Awad, and perhaps the White House National Security Council who are currently evaluating the NCRI’s evidence.

Indeed, Nikki Hayley, the US Ambassador to the UN recently met with the IAEA in Vienna to discuss the evidence.

Upon her return Haley noted:

• Iran has secret illegal sites that need to be inspected

• The IAEA can only carry out its duties to a certain extent, as its access is limited

Alavi wrote: “Interesting is how officials of the IAEA and Europe have remained silent in regards to recent US actions and Haley’s meeting with Amano regarding the inspection of military sites. This is a candid approval on their part, especially since Haley described her three-hour meeting with the IAEA chief as constructive.”

At the moment, it’s anyone’s guess what will happen in October when the nuclear deal next has to be verified by the US. If the White House has confirmed its policy towards Iran by that point, then they could begin to tackle Iran’s destabilisation of the MiddleEast by finding them noncompliant with the nuclear deal, but Alavi reminds us that the people of Iran are the ones suffering the most under the Regime.

He wrote: “Here the interest of the Iranian people are paramount. Considering how the ruling regime in Tehran is plundering the country’s wealth in support of terrorism, warmongering, and pursuits of an unnecessary nuclear program and ballistic missiles, restricting and limiting the outreach of the main force behind all this belligerence is crucial.”

Imposing sanctions on the Regime and its Revolutionary Guards (IRGC) would limit the amount to which they could harm their own people and bring thee Regime to its knees once again, allowing for regime change.