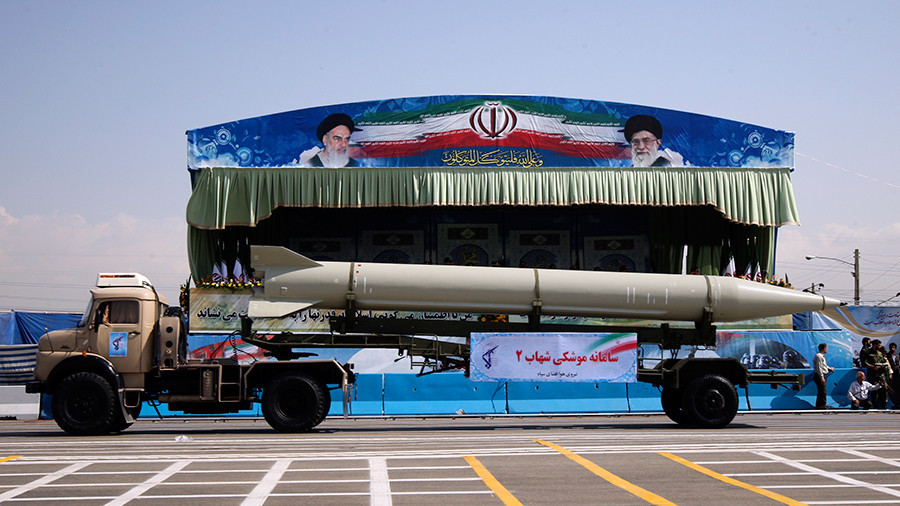 President Donald Trump has been very outspoken about his disdain for the 2015 Iran nuclear deal. He warned Europe that unless the flaws in the deal are fixed, he would scrap it altogether. He was issuing a final warning to Europe.

It seems that European leaders are finally realising that the consequences of their refusal to deal with Iran’s ballistic missile program are serious.
Europe had maintained for a long time that the nuclear deal and Iran’s ballistic missile program should be kept separate, but Trump insists that they are dealt with in conjunction with each other,Europe is now working towards a solution that will suit both the EU and the US, but the US will not settle for anything less than the reimposition of sanctions if Iran continues to develop and test missiles.

Iran’s launching of ballistic missiles has been a sticking point between the EU and the US for the past 12 months. More than sixty entities and individuals have been subject to sanctions from the US Treasury Department since last February for their support of Iran’s military and missile programs. Europe, on the other hand, has not issued a single one since the Iran deal was agreed in 2015.

Some supporters of the deal say that the issues between the EU and the US can be resolved by taking Iran’s word that it will limit its missiles to a range of 2,000 kilometres. This, however, is not a solution.
Never mind that Iran’s word means nothing after years of lies and deception, but the fact is that Iran has the biggest arsenal of ballistic missiles in the Middle East. And many of them exceed the specs that make them capable of carrying a nuclear warhead.

Anyway, making a deal with regards to Iran’s 2,000-kilometre limit is a bad idea because Iran has already shown that it cannot abide by the terms of a deal and that it will find and exploit all loopholes possible.

A UN Security Council resolution calls on Iran to refrain from “any activity related to ballistic missiles designed to be capable of delivering nuclear weapons, including launches using such ballistic missile technology”. Iran has blatantly ignored this and so it must face the consequences.

It must also be noted and considered that Europe is at more of a risk from Iran’s ballistic missiles than the United States. The Iranian regime’s growing arsenal has the potential of reaching southern Europe if launched from the edge of the country.
Furthermore, Iran’s arsenal also has the potential of increasing the chances of having a full-blown conflict in the Middle East. And it will embolden the Iranian regime even more.

It is critical that the Iranian regime is made aware that it will face serious consequences if it continues to defy UN Security Council resolutions. Tough rhetoric helps to a certain extent, but it loses its meaning if it is not followed up with actions. Or sanctions.