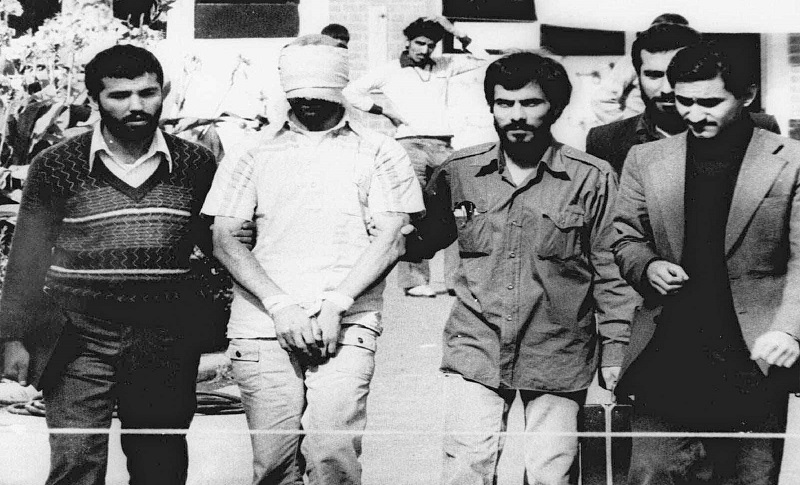 The United States embassy in Tehran was taken over, on November 4, 1979, by the group “Student followers of the line of the Imam.”

Forty years ago fifty-two employees and diplomats of the U.S. embassy were taken hostage for 444 days.

Some of the hostage-takers, like Mahmoud Ahmadinejad, former Iranian regime’s president became the most senior officials of Iran’s regime.

Some others present themselves as “moderates” despite their loyalty to the Iranian regime’s agenda.

Some of the “moderate” hostage-takers are as followed:

Masoumeh Ebtekar, spokeswoman of the “Student followers of the line of the Imam” in 1979 is the current Iran’s Vice President for women and family affairs.

In Mohammad Khatami’s administration, she was Vice President and Head of the environmental preservation organization for many years.

Hamid Abutalebi, the political adviser of Iranian regime president Hassan Rouhani. Abutalebi held top positions in the Foreign Ministry for years. He was Deputy Foreign Minister for political affairs, the regime’s Ambassador to a number of Western countries including Italy, Belgium, Australia, and the European Union (for 15 years). Also, previously General Manager of Political Affairs in the Foreign Ministry (for 5 years), Advisor to the Foreign Minister (for 5 years), and member of Foreign Ministry’s Strategic Council. In 2014 he was candidate to become the regime’s representative to the United Nations in New York. At that time the U.S. government refused to grant him a visa due to his role in the hostage-taking and in the 1993 assassination of Mohammad-Hossein Naqdi, representative of the National Council of Resistance of Iran (NCRI) in Italy.

Mohammad-Ali (Aziz) Jafari, one of the plotters of the U.S. embassy takeover was Commander of the Islamic Revolutionary Guard Corps (IRGC) for 10 years.

Other IRGC Brigadier General Hossein Dehqan was Defense Minister of Rouhani from 2013 to 2017 and is currently Advisor to the Supreme Leader on Defense Industries and Army Support.

Other hostage-taker Reza Seifollahi was the Political Deputy of the Secretariat of the Supreme National Security Council (SNSC). He was a senior IRGC commander, including the commander of IRGC Intelligence.

The main plotter of the U.S. embassy takeover was Habibollah Bitaraf. Bitaraf was Iran’s Energy Minister from 1997 to 2005. He was the Governor of Yazd Province from 1986 to 1989. He was also Deputy Minister of Energy for Educational Affairs for nearly five years.

Alireza Afshar joined the IRGC after the release of the hostages. Afshar held important posts in the IRGC, including Chief of the IRGC General Staff, Commander of the Basij Force and Deputy Commander of the Armed Forces for Cultural Affairs and Deputy Minister of Interior for Political and Social Affairs in Ahmadinejad’s administration.

Mohammad Mehdi Rahmati was in charge of Ahmadinejad’s President’s Office of Planning and Strategic Oversight.

Mohammdreza Behzadian-Nejad was Deputy Interior Minister for Economic Affairs during the first term of Ahmadinejad’s Presidency. Behzadian-Nejad became later head of the Commerce Office of Tehran.

This event of forty years ago was the beginning of a new era. The beginning of the regime’s policy of international blackmailing and hostage-taking. A policy that is officially and institutionally part of Iran’s regime foreign policy.

This policy still continues today by attacking and seizing oil tankers in the Gulf of Hormuz, firing missiles, organizing drone attacks on Saudi oil installations and using its embassies as terror cells and bomb factories in Europe.

It’s time for the International community, especially Europe to adopt a firm policy toward the Iranian regime and end “business-as-usual appeasement.”