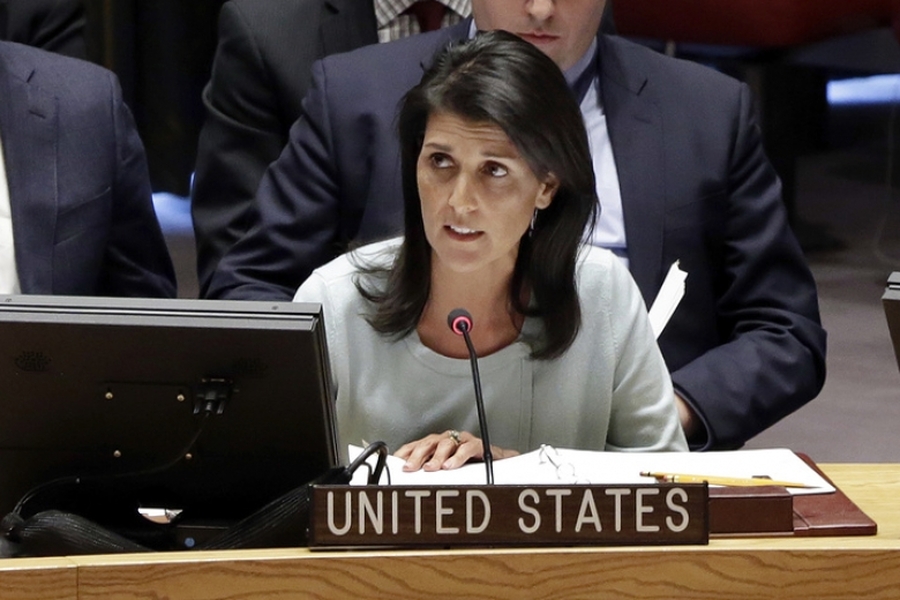 by Navid  Felker
The US has threatened to take solo action against Iran for failing to prevent Iranian-made weapons from being used by Yemen’s Houthi militia, after Russia vetoed action in the United Nations Security Council.
US Ambassador to the UN Nikki Haley told reporters on Monday: If Russia is going to continue to cover for Iran then the US and our partners need to take action on our own. If we’re not going to get action on the council then we have to take our own actions.”

She did not specify what action would be taken.

The US has been lobbying for the United Nations to hold Iran accountable for months, and the Russian veto is undoubtedly a blow.
This comes at the same time as lawmakers in the US and Europe are trying to fix flaws in the 2015 Iranian nuclear deal before a May 12 deadline set by Donald Trump, who threatened to pull out if amendments were not made.

Haley said: “Obviously this vote isn’t going to make the decision on the nuclear deal. What I can say is it doesn’t help. That just validated a lot of what we already thought which is Iran gets a pass for its dangerous and illegal behaviour.”

The defeated UN resolution was drafted by Britain in consultation with the United States and France.
It would have renewed the targeted sanctions on the Iran-backed Houthis, condemn Iran for violating an arms embargo on Houthi leaders, and make and UNSC commitment to take action in response.
In a bid to win Iran-ally Russia’s support, the draft was weakened from a condemnation to simply note the violation, which was reported by UN experts monitoring the sanctions, “with particular concern”, as Russia had questioned the findings of the UN experts report.

Although the draft received 11 votes in favour, it needs the support of all five permanent members of the UNSC, including Russia, who voted against, and China, who abstained.
Bolivia also voted against the resolution, while Kazakhstan also abstained.

As the draft resolution failed, the UNSC voted to adopt a rival Russian draft that did not mention the Iranian Regime and simply renewed the UN sanctions regime on Yemen for a year.
A senior Western diplomat, who spoke on the condition of anonymity, said that the international community, especially the Europeans, need to do more about Iran’s behaviour.

They said: “We don’t have any illusions with regard to Iran’s policy toward Israel, Iran’s role in the region … and also what they do in terms of constructing ballistic missiles. What we’re trying, and have to do … is to actually make these points even clearer than in the past.”