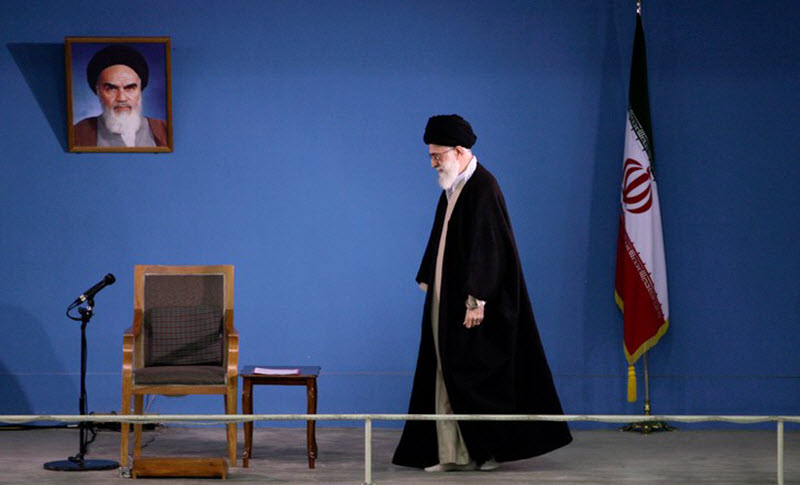 The executive order that US President Trump signed this week has sent new shockwaves through the theocratic dictatorship by imposing another round of sanctions on Iran aimed at supreme leader Ayatollah Ali Khamenei.

The sanctions appear to specifically target Khamenei, along with foreign minister Javad Zarif and eight senior commanders of Navy, Aerospace and Ground Forces of the Islamic Revolutionary Guards Corps — itself recently listed as a foreign terrorist organization by the Americans.

The IRGC’s malicious regional activities, its ballistic missile program, its recent sabotage of oil tankers in the Gulf, and the attack on an American drone in international airspace, are just new new behaviors in the old story of Iran’s support for Bashar al-Assad’s bloody civil war in Syria, the Houthi rebels in Yemen, terrorist Hezbollah in Lebanon and the brutal Shi’ia militias in Iraq.

U.S. Treasury Secretary Steve Mnuchin said the new sanctions would “lock up literally billions of dollars of assets.” The sanctions will block Khamenei and his closest advisers from accessing the American financial system or any American assets.

The U.S. Treasury has will also impose sanctions on any foreign financial institution that conducts transactions for any of these listed individuals or groups.

Since the second wave of U.S. sanctions that affected oil and banking came into effect at the end of 2018, the economy has been in freefall.

Khamenei and President Hassan Rouhani seem to be at the root of Iran’s economic troubles. Military expansionism across the Middle East has drained the country’s resources. It is not surprising that the country with the world’s second-largest gas reserves and fourth-largest crude oil reserves is now facing economic meltdown and mass demonstrations from an angry public.

18 months of “leave Syria alone, think of us instead” and “death to the dictator,” have clearly signaled the burgeoning demand for regime change. Chants of The previously unimaginable cries of “death to Khamenei” and “death to Rouhani” are now commonplace during every protest from the main cities to rural towns and villages, uniting the working classes with middle-income earners.

The regime blames the coordinated nature of the protests on the main organized opposition, the People’s Mojahedin of Iran (PMOI/MEK), which has set up “resistance units” across the country. The MEK is the key democratic alternative to Iran’s dictatorship and offers a future of freedom, justice, democracy, human rights, women’s rights, abolition of the death penalty, an end to international terror and aggression and an end to the nuclear threat.

It is a vision of such contrast to the current chaos and oppression that young Iranians are now willing to risk their lives to bring it about.

The oppressed millions in Iran welcome Trump’s latest round of sanctions against their corrupt leaders. It is now the duty of the European Union to follow America’s lead and also show their support for the Iranian people.