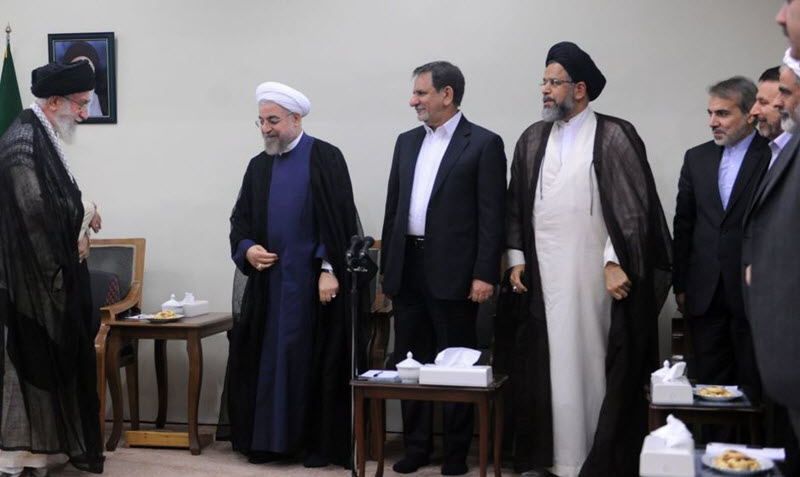 The Trump administration has roundly condemned the Iranian Regime for its domestic repression, but it should take it to the next step and actually sanction human rights violators.

This would hold the Regime’s top officials accountable for their abuses, show solidarity with the Iranian people who are protesting for regime change, send a message to US allies about supporting the Iranian people rather than the mullahs, and fit in with the Trump doctrine of imposing sanctions against the Iranian Regime to push them into negotiating a new deal that addresses all of its malign behaviour.

On Monday, the Foundation for Defence of Democracies published a report, in which senior Iran analyst Tzvi Kahn identifies 12 senior Iranian leaders who have helped to increase the repression of the Iranian people through key institutions that enforce the Regime’s revolutionary ideology.

Kahn wrote on The Hill: “The majority of the 12 perpetrated severe human rights abuses long before they assumed their current positions. They rose within the Iranian bureaucracy because of their abuses, not in spite of them.”

Who should the US sanction?

Minister of Justice Seyyed Alireza Avaei as well as Judges Mohammad Moghiseh and Abolghassem Salavati, who played key roles in the 1988 massacre of 30,000 political prisoners.

Minister of information and communications technology Mohammad Javad Azari Jahromi, who uses the experience he gained in Iran’s abusive Intelligence Ministry to monitor users and block a free internet in Iran.

Head of Iran’s state police Hossein Ashtari, Minister of the Interior Abdolreza Rahmani Fazli, and Commander of the Basij Gholamhossein Gheibparvar, who played key roles in the attempted suppression of the December 2017 uprising.

Minister of science, research, and technology Mansour Gholami, and Minister of Culture and Islamic Guidance Abbas Salehi, who help to suppress any anti-regime views through censorship.

Iran doesn’t like it when the world pays attention to its lax human rights record, but the US has a responsibility to shine a light on these abuses to underline that such atrocities are not acceptable.

It will also show the Iranian people that the US is on their side and encourage the protests that will eventually lead to regime change. After all, the Iranian protests have received rare bipartisan support in Congress. This is a chance for the US Congress and White House to come together in support of something great.

Kahn wrote: “In addition to sanctioning Iran’s top leaders, American leaders should conduct a name-and-shame campaign that identifies the regime’s top human rights violators and describes their crimes. In so doing, Washington can make clear that Iran’s continued misconduct will carry a price.”