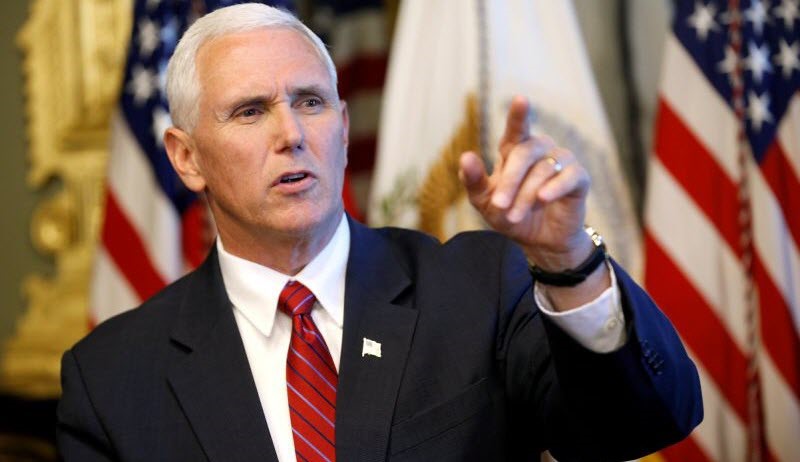 by Navid  Felker
After Vice President Mike Pence’s firm declarations about the “dangerous regime of Iran,” he made a “solemn promise” to the world that the U.S. would never allow Iran to acquire a nuclear weapon.
He had a “better” message for the Iranian people.
Pence said:“From the people of America to the proud and brave people of Iran.

We are your friends and the day is coming when you will be free from the evil regime that suffocates your dreams and buries your hopes.”

He added that when their “day of liberation” arrives, the friendship between the U.S. and the “good people of Iran … will blossom once again.”
Pence tweeted that the Iranian people’s resistance “gives hope and faith to all who struggle for freedom and against tyranny.”

In December, protests broke out throughout Iran over poor living standards and the government’s corruption. More than 20 people have been killed in the clash and thousands have been detained.

The death of a 22-year-old protester while in police custody prompted humanitarian organizations to question the treatment of detainees and call for investigations.