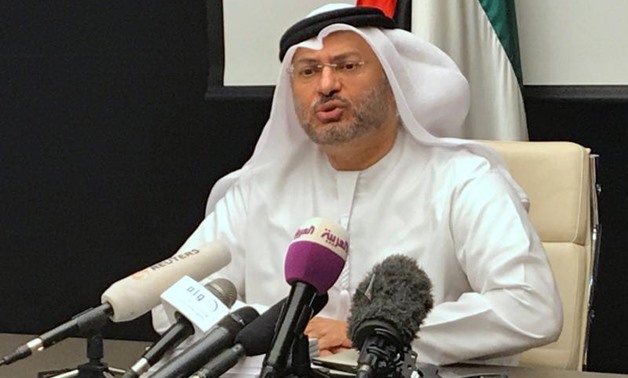 by Armin Baldwin
Anwar Gargash, the UAE’s minister of state for foreign affairs, and one of the West’s key allies in the Middle East, said in his speech to the Policy Exchange in London last week, “We are worried a little bit about what is seen as a divergence of views between Europe and the U.S. over Iran.”

While it is one of the few countries to back the approach of U.S. President Trump towards Iran, the UAE is not seeking regime change in Tehran, according to Gargash, who added, “The choice of government that Iran has is up to the Iranians.” However, he also told the audience in London that “We hope that the current American effort to bring about a change in Iranian approach is successful.”

Most European leaders hope that the Trump administration will change course or at least provide waivers for their companies to allow them to continue trading with, and investing in, Iran.

Australia and South Korea have responded to the coming sanctions in a similar manner to the European Union. As well, Turkey’s President Recep Tayyip Erdogan has indicated that his country will ignore U.S. calls to stop crude imports from Iran, recently asking “Who will heat my country throughout the winter?”

Gargash is concerned over this split in the Western alliance. “We believe what links Europe and the U.S. far outweighs everything else and for us to see the West unite… that is a cornerstone of the international scene,” he said, adding, “The idea that the Iranian government is counting on some sort of European lifeline – I think it really is a fallacy. But why encourage that fallacy while we can address the issues right now?”

The first of the U.S. sanctions come into effect on August 6th, when and will affect currency trading, sovereign debt and the automotive sectors. On November 4th, the remainder of the sanctions will be effective, and will be aimed at oil and gas sales, petrochemicals, shipping and other areas.

In a speech on July 22th, Iranian president Hassan Rouhani told Iranian diplomats that “war with Iran is the mother of all wars.” He also addressed Trump in his speech, saying, “Don’t play with the lion’s tail; you will regret it.”

Trump responded in an all-caps Twitter message to Rouhani, saying “never, ever threaten the United States again or you will suffer consequences the like of which few throughout history have suffered before.”

According to Tehran, its European interlocutors must offer practical proposals on how to minimize the impact of U.S. sanctions by August 6th, a demand that the EU is struggling with. However, if European trade and investment dries up, Iran is likely to turn to Russia or China, and may abandon the JCPOA structure.

The threat of the new sanctions are already making a mark on the Iranian economy, as the rial plunged in value over the last few weeks.