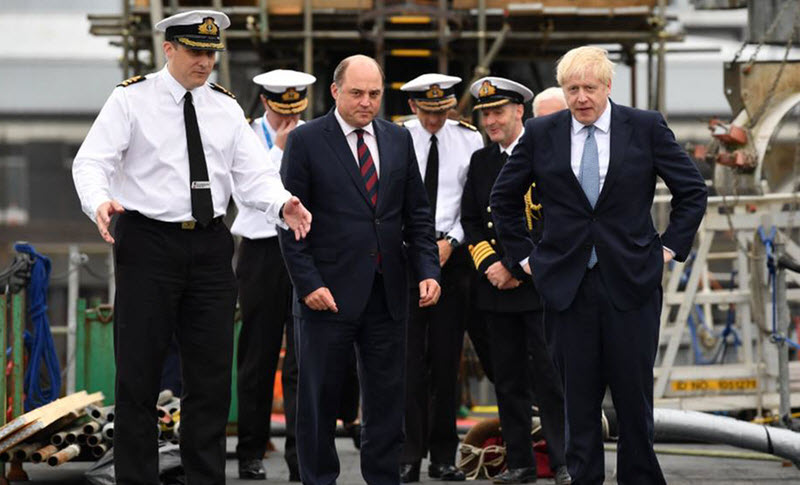 The UK has sent a third warship to ¬defend freedom of navigation in the Arabian Gulf, following the seizure of a British-flagged ¬tanker by Iran in the Strait of Hormuz last month.

On Saturday, Britain’s Defence Secretary Ben Wallace said: “Wherever the red ensign flies around the world, the UK stands by to protect freedom of navigation whenever it is tested.”

The Type 45 destroyer HMS Defender will join the Type 23 frigates the HMS Kent and HMS Montrose, which left the UK on August 12. The ships are accompanying British-flagged ships through the strait.

The HMS Montrose has accompanied 35 merchant vessels through the Strait during 20 separate transits, travelling 6,200 nautical miles in the process. On July 11, it warned off three Iranian gunboats trying to impede the progress of a British supertanker.

The HMS Kent took over from the HMS Duncan, a Type 45 destroyer, that arrived in the strait in late July to “provide reassurance to the shipping industry” against Iranian aggression.

Tensions between the UK and Iran have worsened considerably since the Islamic Revolutionary Guard Corps (IRGC) seized the British-flagged Stena Impero and its crew of 23 on July 20.

Iran, despite claiming that the ship had broken maritime law, admitted that their move was in response to British forces ¬capturing Iranian oil tanker Grace 1 (now Adrian Darya-1 ) off the coast of Gibraltar on July 4. The Grace 1 was suspected of carrying crude oil to Syria in breach of EU sanctions.

Iran denied the charges against the Grace 1 and promised a court in Gibraltar that the tanker would not head towards Syria, but the US tried to keep it impounded, citing their sanctions against Iran oil and the ship’s owner, the IRGC. Authorities could not keep the ship detained and released it.

The tanker was headed towards Greece but changed course for Turkey after Greek authorities refused to allow it to dock. Over the weekend, this changed again and no one is quite sure where it will dock. Iran has not released the Stena Impero.

On a related note, Iran has dispatched a destroyer and a helicopter-carrying support ship to Gulf of Aden to “provide security” for Iranian vessels in international waters, escorting commercial vessels in the Sea of Oman and the Gulf of Aden.

The announcement by Admiral Habibollah Sayari, the chief of staff of Iran’s army, comes as the US is trying to assemble a coalition to protect shipping, following several attacks on oil tankers that it blames on Iran.