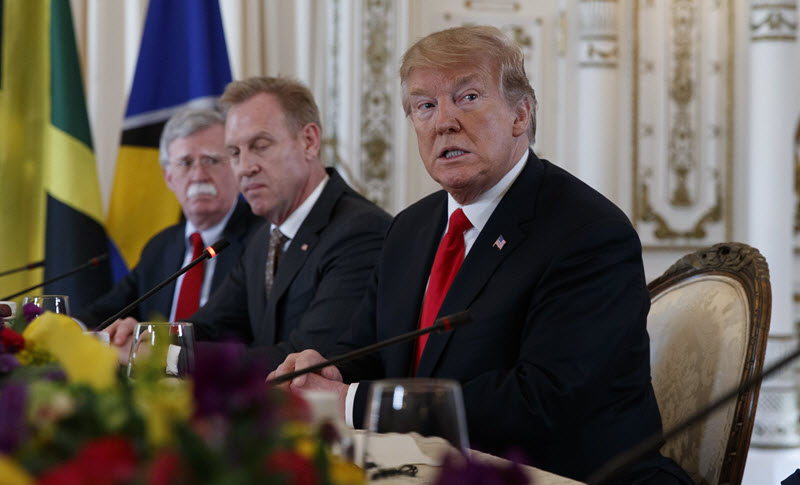 Tensions between the United States and Iran have been heating up in recent weeks. A major conflict looked set to start until U.S. President Donald Trump decided to call off a retaliatory strike at the last minute.

Trump showed restraint in calling off a confrontation after the Iranian regime shot down an unmanned U.S. drone and then continued to brag about the cost of the damage it had inflicted on “the enemy”.

However, rhetoric from the United States continued to be steadfast and forceful and the administration is continuing with sanctions. It also sent a message to Iran that it has other ways to respond to Iran’s belligerence by ordering a cyberattack in order to cause major disruption to the Iranian military command and control systems.

Iran announced at the beginning of the week that it had breached its stockpile limit of enriched uranium as set by the Joint Comprehensive Plan of Action (JCPOA), or 2015 nuclear deal as it is more commonly known.

President Trump, when asked if he has a message for Iran, said that he has no message but warned that the regime, as it well knows, is “playing with fire”.

It is unclear how Iran is going to move forward, and indeed it is running out of options. If it decides to continue threatening the United States, Trump will not be able to hold off on military retaliation.

The Lebanese Hezbollah group, designated by the United States as a foreign terrorist organisation (FTO), is one element that needs careful consideration. It is already known that Hezbollah organised and participated in a number of deadly and brutal attacks around the world on Iran’s behalf.

Hezbollah is a major threat to security and peace and it has the possibility of targeting US assets and interests across the world.

A senior US official has confirmed that the government is considering the threat posed by Hezbollah very closely and is taking measures to reduce the group’s capacity. The senior official said that Hezbollah has not had the motive to target US interests and assets, but working on behalf of Iran, it will have motive.

Another US official has said that several agencies in the US are working together to counter the terrorist threat posed by Iran.

The regime is verging on collapse and it is unable to take any course of action that would guarantee its survival. If it gives in to the United States and goes back to the negotiating table, the Iranian regime will not be allowed to continue on its current course of belligerence. If it continues as it is now, the United States will lead the efforts to forcibly curb the regime. European leaders will have no choice but to issue sanctions or void the nuclear deal.