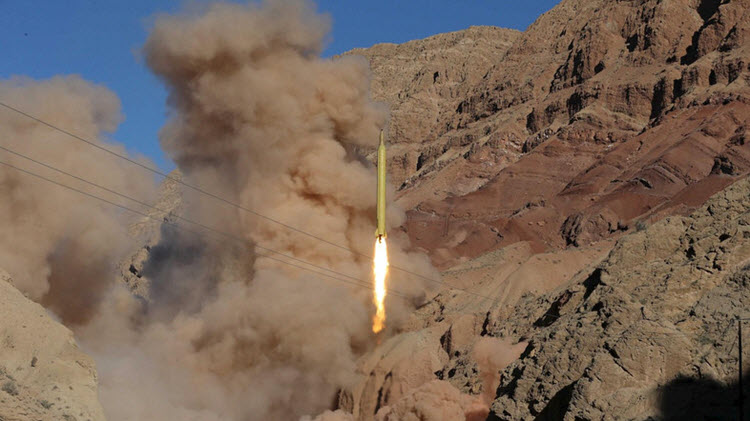 Earlier this week, the United States applied more sanctions on Iran. These economic sanctions are related to the country’s ballistic missile program and its belligerence across the Middle East, actions which the Trump administration says undercut anything positive from the nuclear deal.

These latest actions are a demonstration from the Trump administration that the United States will keep pressuring Iran for as long as necessary while keeping the 2015 nuclear deal intact.

The nuclear deal was agreed in 2015. Former President Obama thought that it was going to be the key to reform in Iran. He believed that by lifting numerous economic and international oil sanctions, the Islamic Republic would put a halt to its nuclear program.

The individuals and entities that have been on the receiving end of these latest sanctions have backed the country’s Islamic Revolutionary Guard Corps (IRGC). This could be through procuring components for illicit weapons, by developing drones, by developing military equipment, and so on. The Treasury department indicated that some of those involved have also stolen software programs belonging to the United States and the West. Those sanctioned were supporters of “illicit Iranian actors or transnational criminal activity”.

The State Department issued a statement saying that the US is “deeply concerned” about the malign activities that Iran is continuing to carry out across the region. It said that Iran is undermining “regional stability, security, and prosperity” and highlighted that regional peace and security is impossible while Iran is carrying out its belligerent activities.

On Monday, Iran was granted compliance with the nuclear deal for the second time since President Trump has been in office. It did however point out that the spirit of the deal was not being adhered to and vowed that Washington will strengthen it.

In response to the news of the latest round of sanctions, the Foreign Minister of Iran, Mohammad Javad Zarif, said to CBS News that they “poison the atmosphere”. He also said that they are a violations of the spirit of the deal and said that his government will look into it. He said that Iran will then act accordingly.

The Trump administration is currently carrying out a review of its foreign policy towards Iran. It is looking at its compliance with the 2015 nuclear deal and is examining its behaviour in the Middle East. The administrations maintains that US interest are undermined in Lebanon, Syria, Yemen and Iraq because of the Iranian regime’s unruly behaviour.