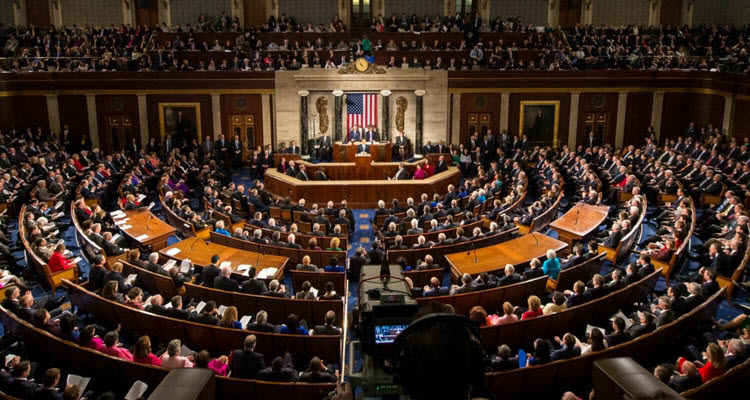 Republicans and Democrats in the United States Senate had a rare moment of agreement when they passed a bill imposing several encompassing sanctions on Iran because of its malign, nefarious and abusive activities with regards to terrorism, human rights and ballistic missile testing.

The Act entitled “The Countering Iran’s Destabilizing Activities Act of 2017” had a majority vote of 98-2. The news of this being passed a few weeks ago was a very strong message to Iran showing that both political sides in the United States had united in agreement that Iran needs to be dealt with.

The vote requires that the Trump administration takes serious measures against Iran’s belligerence. In a hearing with Rex Tillerson, the US Secretary of State, lawmakers called on him to designate the country’s Islamic Revolutionary Guards Corps (IRGC) as a FTO (foreign terrorist organisation).

The Secretary of State made a remark about how the US will support peaceful regime change in the Islamic Republic, much to the anger of Iran’s foreign minister.

This Act is just another step towards dealing with Iran and moving away from former President Obama’s policies that made Iran’s belligerence worse. The US Treasury Department has already issued sanctions on Iran at the beginning of the year.

Lawmakers have stressed that the latest sanctions have nothing to do with the Iran nuclear deal.

Obama and his administration were desperate for the nuclear deal to be agreed and blatantly turned a blind eye to all of the human rights abuses and terrorist activities that Iran was involved in. Obama never addressed Iran’s interference in the internal affairs of other countries and tried to portray President Hassan Rouhani as a moderate and the key to change in Iran.

Clearly Rouhani is not a moderate – he presided over thousands of executions during his first term, and continues to allow executions, even for the most petty of crimes. Rouhani also boasted about deceiving world leaders during the nuclear negotiations and has launched an increasing number of crackdowns on the public.

For some reason, former members of Obama’s administration are still trying to appease Iran. John Kerry tweeted before the Senate vote and urged members to rethink their decision about Iran sanctions as it was possible that Rouhani was going to be in office for another term.

The National Council of Resistance of Iran (NCRI) calls on the US, the UN, the EU and Middle East nations to blacklist, freeze the assets and block business transactions with the IRGC as it is central to the regime’s plans for the future. It is in control of a large part of the country’s economy, is in charge of the spread of terrorism and enforces crackdowns on the Iranian people.