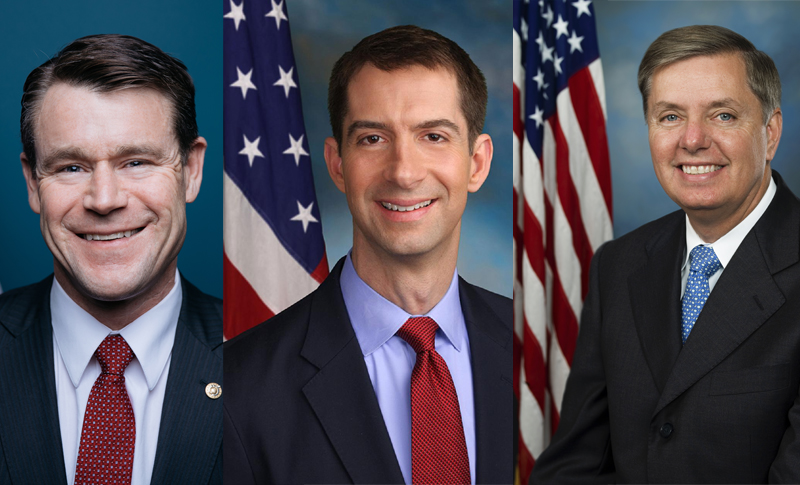 Lawmakers from the United States have been voicing their support for the Iranian people as they continue their anti-regime protests across the country.

These latest protests began on Saturday after regime officials admitted that the Revolutionary Guards (IRGC) downed the Ukrainian commercial flight on January 8, killing all 176 passengers and crew. The regime tried to deny responsibility for three days, blaming the plane crash on technical issues, but this lie was soundly rejected by the Iranian people and other governments.

Senator Tom Cotton tweeted: “The brave people of Iran are not fooled. They have no illusions about the evil men who rule them. As they yet again take to the streets, God bless them and their hope for a better future.”

Iran’s admission they downed a passenger plane is proof that the primary victims of the Iranian regime are the Iranian people.

As I said on @NewDay, I hope our allies unite with us to impose maximum pressure on the regime and drive a wedge between the regime and its people. pic.twitter.com/W4ysCWrbH6

While Secretary of State Mike Pompeo said that the Iranian people have made it clear that they are fed up with the regime’s “lies, corruption, ineptitude, and brutality” and that the US stands with Iranians who deserve a better future.

Senator Lindsey Graham, a Republican from South Carolina, tweeted: “Could not agree more with Secretary Pompeo. The Iranian people deserve better. The American people stand with the Iranian people for their freedom.”

Could not agree more with @SecPompeo.

The American people stand with the Iranian people for their freedom. https://t.co/53uEYroPHD

Senator Todd Young, a Republican from Indiana, tweeted: “I’m inspired by the bravery of the Iranian people who are peacefully protesting in the streets this evening. May God watch over them.”

I’m inspired by the bravery of the Iranian people who are peacefully protesting in the streets this evening. May God watch over them. #IranProtests

The regime was forced to acknowledge that its military units targeted Ukraine International Airlines flight PS752, possibly mistaking it for a retaliatory strike after launching missiles on US bases in Iraq. They only acknowledged it after a wave of protests by Iranians, which have now entered their second consecutive day and spread far beyond Tehran, with protests happening in Mashhad, Isfahan, Tabriz, Kermanshah, Ahvaz, Sanandaj, Karaj, Shahroud, Qazvin, Zanjan, Semnan, Yazd, Gorgan, Arak, Oroumieh, and Babol.

Maryam Rajavi, the President-elect of the National Council of Resistance of Iran (NCRI), praised student protesters across Iran for their protests.

Also members of “Resistance Units” and supporters of the Iranian opposition People’s Mojahedin Organization of Iran (PMOI/MEK) are torching posters of Qasem Soleimani in another sign of the Iranian people’s utter hatred of this mass murderer. Soleimani led the killing of innocent people in Iran, Iraq, Lebanon and especially Syrian children.