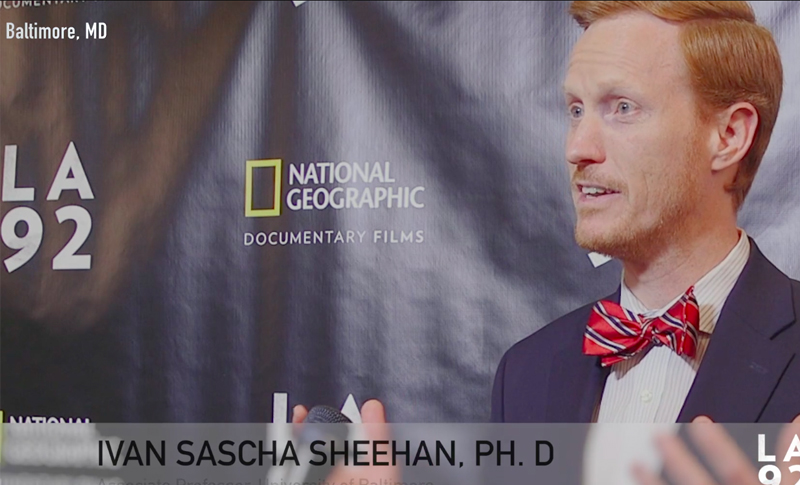 Counterterrorism scholar and expert on US policy towards Iran Professor Ivan Sascha Sheehan has written a book about the journey of a bipartisan delegation of senior US officials into the heart of the Iranian Resistance, in Ashraf 3, Albania, home to 3,000 members of Iranian opposition group, the People’s Mojahedin Organization of Iran (PMOI/MEK).

In this book, titled Iran’s Resurgent Resistance, Professor Sheehan explains that the US fails to understand the nature of the Iranian Regime and notes that Iran’s dissident community will best be able to bring democracy to Iran. He challenges the lies repeated often by regime apologists, examines the MEK’s call for freedom and democracy, and makes a convincing case for stronger US policy on Iran.

The book, which has a preface by Senator Joseph Lieberman, has been highly praised by former senior leaders in the US Intelligence Community, and the departments of Homeland Security, Defense, and State.

My new book, Iran’s Resurgent Resistance, is available. Special thanks to Sen. Joe Lieberman (Democratic Nominee for Vice President) for penning the Preface and Louis Freeh (Director of the FBI) and Tom Ridge (Secretary of DHS) for their strong reviews https://t.co/4H71sWxP7C ?? pic.twitter.com/Rb0wmgA7ue

Of the book, Louis Freeh, Former Director of the FBI, wrote: “Iran’s Resurgent Resistance well documents the Martyrs Exhibition. This is more than an exhibition. It is an evidence room with photographs and digital records. It is time to put all of the documentation together as the Simon Wiesenthal Center did after World War II. The Martyrs Exhibition is a catalyst for criminal accountability, just as Ashraf 3 is the starting point for a democratic Iran.”

While Governor Tom Ridge, First Secretary of Homeland Security, explained that he had also met several people at Ashraf 3 who had been imprisoned and tortured, who are “human tributes to courage and sacrifice”. He noted that Iranians have a great culture and rich tradition, but that the regime in Tehran does not represent them.

General James T. Conway, 34th Commandant of the US Marine Corps, wrote: “Thank you to Professor Sheehan for putting into writing what I personally witnessed at Ashraf 3. The residents of Ashraf 3 were not the first to show me the ability to endure loss and yet move on through courage and determination; I have witnessed these traits time and again within the United States Marine Corps. However, within the MEK, I once again saw the sense of unit cohesion, loyalty, and dedication to each other. Another commonality that the residents of Ashraf 3 have with US Marines is their ability to improvise, adapt, and overcome.”