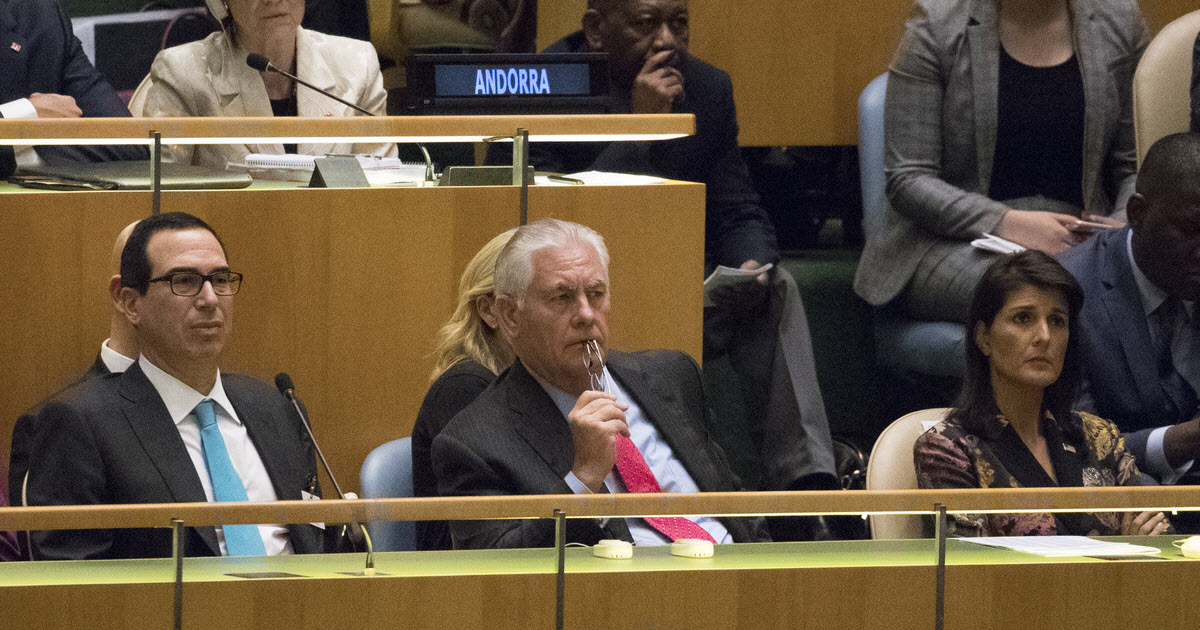 Rex Tillerson, the US Secretary of State, said yesterday that the 2015 nuclear deal between Iran and several world powers including the United States needs to be “revisited”.
He said that the “sunset clause” was one of the most concerning aspects of the deal because it will means that almost all of the key restrictions on the country’s nuclear deal will be automatically lifted by 2030.

In an interview with Bret Baier on Tuesday night, Tillerson said that the United States must be very cautious to not make the same mistakes as it did in the past with North Korea. In other words, deals must be made very carefully so that all parties will abide by the terms. Deals need to be negotiated so that a long-term solution is possible.

“Unfortunately, this is what [U.S.] governments in the past did with North Korea. They just simply entered into agreements that were short-lived or were easily cheated on.”

Tillerson also said that he agreed with President Trump who has made no secret that he believed the nuclear deal is very ineffective. He said: “And I think that’s the president’s assessment of the Iranian nuclear agreement, is that it’s not a stiff enough agreement, it doesn’t slow their program enough and holding them accountable is difficult under the agreement.”

Yesterday, President Trump spoke at the United Nations General Assembly and called on every nation to work towards stopping the Islamic Republic from reaching its full potential with regards to its nuclear program.

He called the Iranian regime a “reckless” one and slammed it for its actions that disregard human rights. President Trump said that we cannot let a regime that “speaks openly of mass murder, vowing death to America, destruction to Israel and ruin for many leaders and nations in this room” continue as it does.

President Trump also took the opportunity to reiterate his disdain for the 2015 nuclear deal. He said that the deal between Iran and the United States, France, China, Russia, Germany and Great Britain is so one-sided and a very bad deal for the US. He said that it is “one of the worst and most one-sided transactions the United States has ever entered into.”

Furthermore, he described it as an embarrassment to the United States and warned: “I don’t think you’ve heard the last of it, believe me.”

When the United Nations General Assembly ended, Tillerson spoke to Fox News and confirmed that President Trump is very keen to “redo” the nuclear deal. However, Tillerson pointed out that the US will only be able to do so if the other signatories of the deal are in agreement and said it is up to the President to persuade them that this is action that needs to be taken.

As it stands, the other countries in the deal are quite satisfied with it and believe that the Iran threat would be much worse if the deal unravelled.