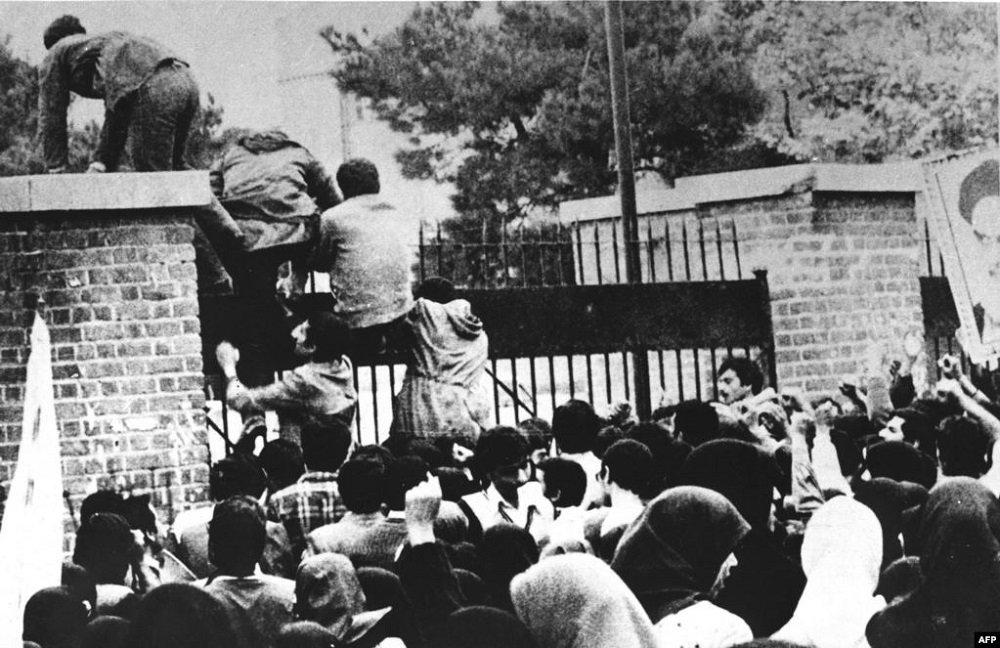 Four decades ago, followers of the Supreme Leader of Iran and supporters of the revolution stormed the United States Embassy in Tehran. This incident turned into a hostage crisis that lasted 444 days.

There are a number of dual nationals currently being detained in Iran, and not even for just reasons. They have been arrested, tried and imprisoned for spying or charges against national security, yet the charges are completely baseless. Some of the dual nationals are elderly, academics, charity workers, and so on.

The people of Iran have been holding major protests, strikes and anti-government demonstrations. They are at the end of their tether with regards to this corrupt and brutal regime and they have been putting the leadership under immense domestic pressure.

The United States under President Donald Trump has also been putting pressure on the Iranian regime. President Trump made it very clear from the very beginning of his term that he would not be accepting Iran’s belligerence, nor would he be turning a blind eye to its malign activities. And it is true that he has not let the regime get away with actions that previous administrations let go.

The US Secretary of State Mike Pompeo has also been an avid supporter of the policy of holding Iran accountable. On the anniversary of the US embassy takeover, Secretary Pompeo said in a press statement that the Iranian regime’s actions four decades ago serve as a “clear indication of its evil character”.

He emphasised that the regime continues to spread chaos across the regime and to unjustly detain Americans. He also reaffirmed that the United States will continue to work on their cases “until they are reunited with their families”.

During the press statement, Secretary Pompeo took the occasion to announce that the United States Department of the Treasury has taken action “against nine appointees and representatives” of Supreme Leader Ayatollah Ali Khamenei.

He specified that the designation has the aim of blocking financial resources from heading towards “a shadow network of Khamenei’s military and foreign affairs advisors who have for decades oppressed the Iranian people, supported terrorism, and advanced destabilizing policies around the world”.

Secretary Pompeo specified that two of the concerned appointees have been linked to the U.S. Marine barrack bombing in Beirut in 1983 and the Argentine Israelite Mutual Association (AMIA) bombing in 1994.

However, perhaps the most significant part of the press statement was Secretary Pompeo’s acknowledgement of the people of Iran. They are often overlooked when it comes to the Iran crisis. He said: “While the Iranian regime’s decision to jail our diplomats has cast a 40-year shadow over our relations, the United States knows that the longest-suffering victims of the Iranian regime are the Iranian people. We wish nothing more for them than a future with a truly representative government and friendship with the American people.”