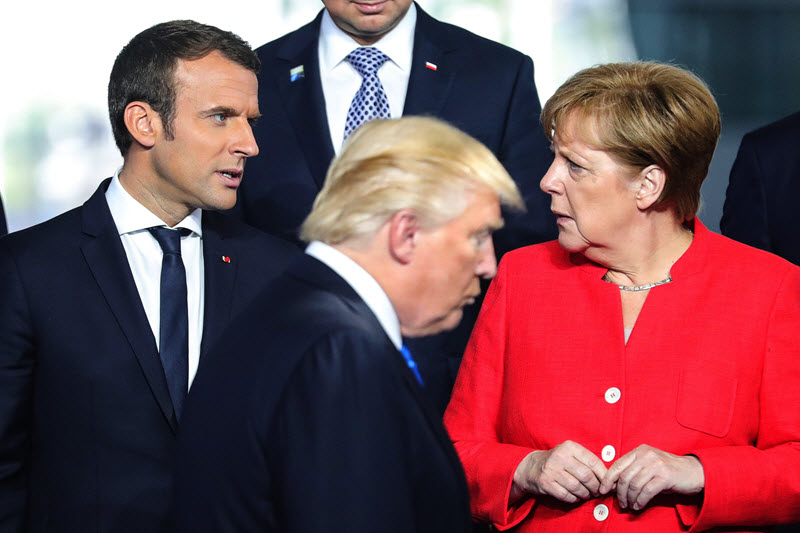 The White House administration has warned European states that trading with Tehran will result in penalties by Washington.

Reliable sources at the State Department revealed that in the past three months, US officials held meetings at several European capitals where they defined Washington’s position on the sanctions. “Officials stressed that the US will not hesitate to enforce penalties on all parties that ignore Washington’s warnings from dealing with the Iranian regime,” the sources said.

Sanctions will be imposed in two stages. The first begins on August 6th, and the final stage on November 4th.

The first group of sanctions will target trading in cars, gold and other metals, while the second will target Iran’s oil exports and transactions with the central bank.
U.S. sanctions on Iranian crude could soon push oil prices above $90 a barrel, one oil analyst claimed, amid heightened energy market fears of a looming supply shock.

According to the sources, some 50 European and international companies have already responded to the US warnings, as Washington continues to work on making other companies comply with the sanctions.

The Europeans have opposed the new wave of sanctions. They have held meetings with Iranian officials to try and work out countermeasures, so that European companies
can avoid complying with the US sanctions.

The sources explain, “Washington aims to lessen Iran’s income from oil exports to zero,” because Tehran fuels violence in regional states by investing money earned from the Nuclear Deal to meddle in the region.

Multiple senior US officials are issuing a stern warning to European partners: End all business ties with the Iranian regime or face harsh new sanctions in the coming months. Failure to do this could impact international financial markets, as well as US banks tied to foreign monetary institutions.

“The Iranian regime has and continues to use terrorism as a weapon in Europe,” said Richard Grenell, the US ambassador to Germany. “We must be vigilant in finding out about their plans and stopping them before they succeed.”

Speaking with reporters on Air Force One on Sunday, Secretary of State Mike Pompeo described Tehran’s leadership as “bad actors” and said the president’s goal is to get Iran to “behave like a normal country.” He said the administration is willing to look beyond the sanctions, but to do so, it would “require enormous change” from Tehran.

As The Associated Press reports, “Many U.S. allies believe that such language is code for regime change, according to two European diplomats involved in negotiations with the Trump administration over how sanctions would be re-imposed.