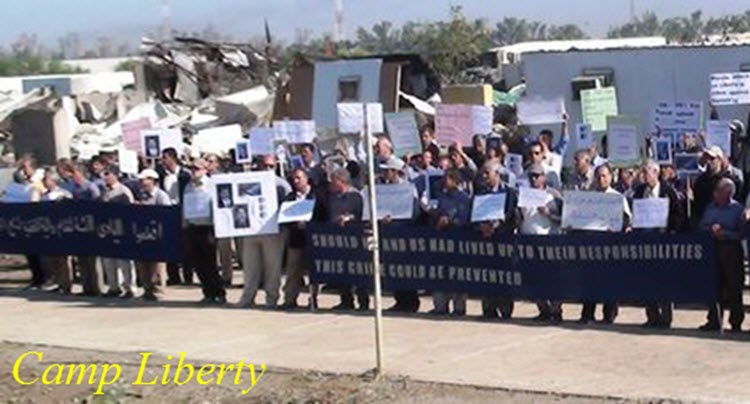 In an article on merinews.com, Keyvan Salami, a human rights advocate and political activist seeking democracy for Iran, gave his thoughts regarding the last of the People’s Mojahedin Organization of Iran (PMOI or MeK) members who left Camp Liberty in Iraq for Europe.

After 14 years of “heroic resistance and countless international efforts by thousands of political dignitaries and parliamentarians all over the globe”, the security of the residents has finally been assured, he said. Congratulations have poured in from all over the world to celebrate this victorious resettlement.

Salami explained that Camp Liberty held around 3,000 political refugees and called them the “symbol of hope and courage to young people in Iran”. During this time the Iranian regime provided financial and military support to terrorist groups in Iraq in order to attack the innocent residents of the camp. This resulted in five missile attacks which led to the death of 141 people and over a thousand more injured. The residents were also subject to inhumane sieges that banned fuel, food and medical assistance.

Dignitaries, US congressional leaders, the UN secretary general and lawmakers of European countries all offered their congratulations and “shared the happiness of the Iranian people and the resistance in blockading the Mullah regime’s plans against the lives of residents”. They also commended Mrs Maryam Rajavi, the president elect of Iranian resistance, for her essential contribution to the resettlement plans.

“I continue to stand with the people of Iran and the Iranian-American community who yearn for a free Iran. The safe resettlement of these Iranian dissidents is a vital step in countering the Iranian regime’s malign influence in the region,” said US Senator John McCain (R-AZ).

“Glad to hear the good news that all MEK residents from Camp Liberty have been transferred safely to out of Iraq and away from Iranian threats,” said Congresswoman Ileana Ros-Lehtinen on Twitter.

“This is a major defeat for the mullahs and the final failure of its repeated criminal attempts to massacre all the residents in Camp Liberty. It is also a historic victory for the Iranian resistance and the Iranian people and all supporters of democracy and freedom in Iran,” said Alejo Vidal-Quadras, former VP of the European Parliament and president of International Committee In Search of Justice (ISJ).

The spokesman for UN Secretary General Ban Ki-moon said in a statement that he thanked member states and international organizations for “the successful resolution of this humanitarian issue”.

Former member of the European Parliament and President of the European Iraqi Freedom Association (EIFA), Struan Stevenson, said: “The victorious transfer of the residents and the regime’s ultimate major defeat in this regard, opens a new chapter for the Iranian people and its Resistance. Now that the main organized democratic opposition is safely out of Iraq, we need to focus on the human rights situation, the end of executions and a democratic change; a free Iran.”