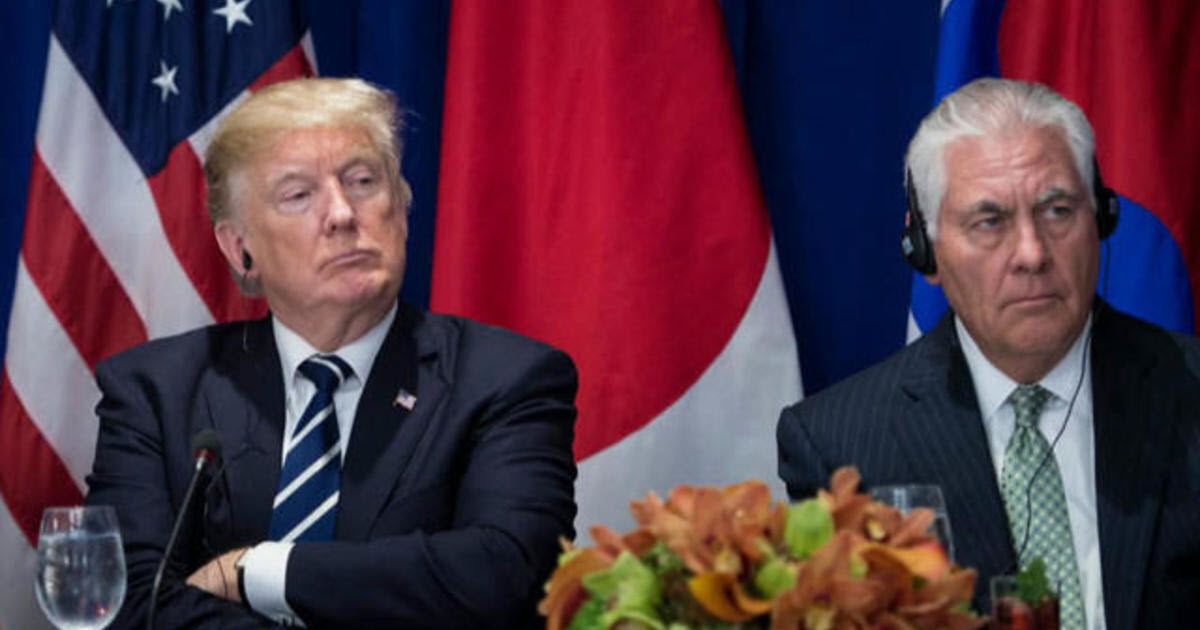 A recent article in the Wall Street Journal explained how Washington will begin pinpointing its focus and resources on the larger and more dangerous threat posed by Tehran, in the post-ISIS world.

The destructive policies of Tehran have become unacceptable, and the Trump administration made that very clear.

US Ambassador to the United Nations Nikki Haley last Thursday displayed a detailed exhibition of Iranian equipment used to arm Yemen’s Houthi militias, said to be backed by Iran, in a move described as a “first” by Reuters.

During a press conference at a US Department of Defense hangar where the Iranian equipment was placed before the media, Hayley said, “We are not just focused on the nuclear program. We’re also taking a hard look at Iran’s ballistic missile program, its arms exports, and its support for terrorists, proxy fighters and dictators.” Haley continued,“It’s hard to find a terrorist group in the Middle East that does not have Iran’s fingerprints all over it.”

Douglas Silliman, the US Ambassador to Iraq, said “Iran simply does not respect the sovereignty of its neighbors.”

The three year war against ISIS has begun to wind down and Washington wants to de-emphasize Tehran’s influence over Baghdad. Disputes between the central government and the Kurdish region, as well as the May general elections in which Prime Minister Haider al-Abadi seeks reelection, are important subjects for all parties involved.

The commander of Iraq’s largest Shiite paramilitary group, the Badr Organization, Hadi al-Amiri, called on his fighters on Thursday to begin taking orders from the national military and end their ties with the group’s political wing, in a move believed to pave the path for Amiri to take part in the upcoming May 12th parliamentary elections.

The US military effort against ISIS is decreasing, and the Trump administration is examining the future of its Syria campaign, with regards to the presence of more than 2,000 American forces stationed currently in Syria, makes the aim for these units a highly debated subject. US Defense Secretary James Mattis has indicated American troops have no intention of leaving the Levant in the foreseeable future.

ISIS must be prevented from becoming a dangerous new entity with the potential of raising new threats in the region. As well, Washington is taking into consideration the presence of Iranian proxies across the Levant, and how the stationing of US troops on the ground acts as a major deterrence element against initiatives by Tehran.

According to Hesmat Alavi’s article in Al Arabiya, “Iran is responding violently to a US policy shift. Tehran’s support for militias in Iraq back in the 2000s enjoyed the support of two key elements:

2. Billions in revenue rendered by skyrocketing oil prices soaring up to nearly $140 a barrel in June 2008.”

However, the price of oil is decreasing, and sanctions leveled against Tehran are increasing and disrupting the regime’s efforts.

Already known by the US for their information about Tehran’s clandestine nuclear program, The Iranian opposition National Council of Resistance of Iran (NCRI) indicates how a “firm policy hinges on the following practical measures:

– Evicting the IRGC and its proxy militias from Iraq, Syria, Yemen, Lebanon and Afghanistan, and preventing the transfer of Iran’s weaponry and troops to these countries;

– Imposing comprehensive sanctions on Iran and the IRGC, especially preventing their access to the global banking system;

– Referring Iran’s human rights violations dossier, particularly the 1988 massacre of over 30,000 political prisoners, to The International Criminal Court, and placing the regime’s senior officials responsible for these crimes before justice;