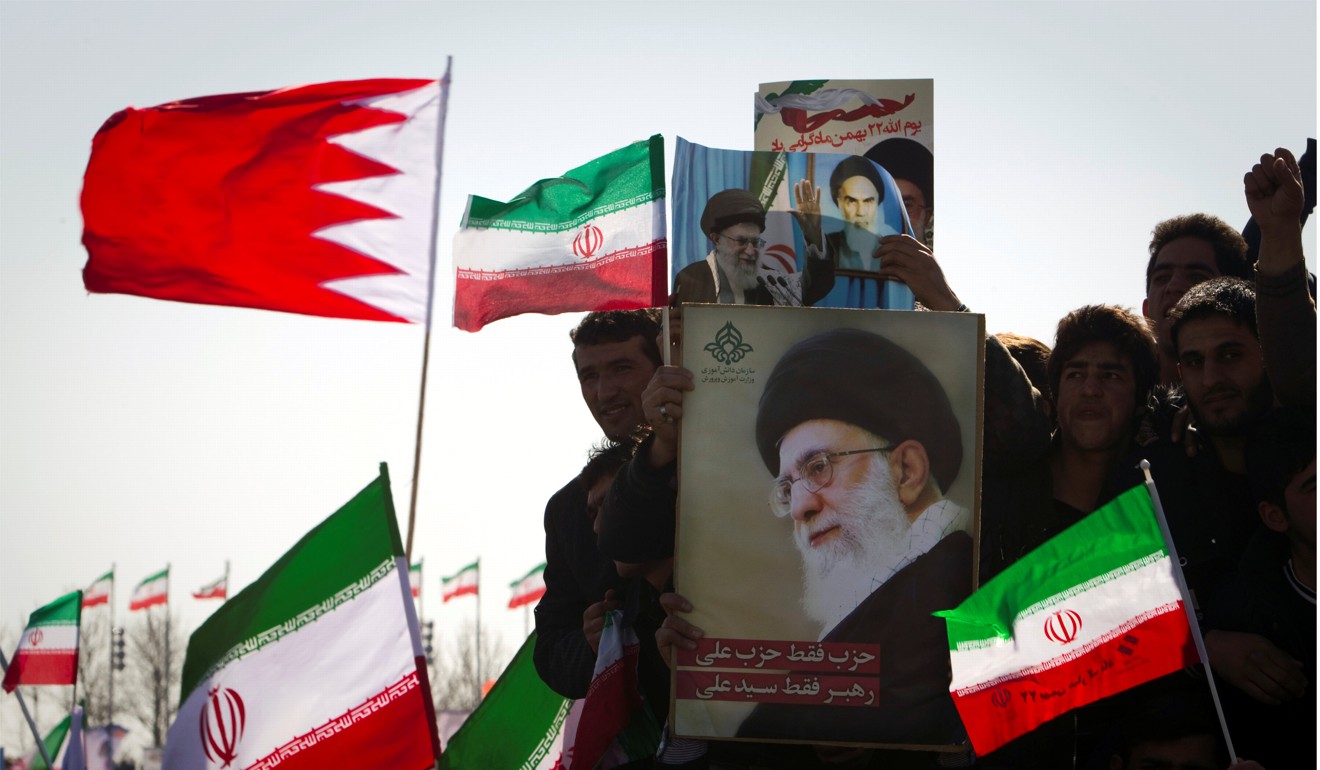 by Azita Carlson
The Iranian Regime has left its malign fingerprints all over the Middle East, from Yemen to Iraq to Syria to Lebanon, but it appears to be increasing its efforts to interfere in Bahrain, according to political scientist Dr. Majid Rafizadeh.
In his latest piece on Arab News, Dr. Majid Rafizadeh explains that the Iranian Regime is perfecting its multi-dimensional interference strategy and is targeting Bahrain on three fronts at once.

It was recently revealed that the Bahrani government detected a covert corruption scheme run by the Iranian-linked Future Bank operating inside Bahrain. This was shut down, but it’s still clear that Iran knew that their scheme was illegal, which is why they removed tracking numbers on the accounts when transferring money via US markets.
It’s not hard to see this happening again.

The political system
Iran is well adept at using soft and hard power in order to gain control in a country, something that can be seen in their support for groups that oppose the Bahraini government.

Military force
Of course, this support does not just mean that Iran will help promote the right narratives through their state-run media. It also means that the Regime will support proxy militias, as is often the will of the Iranian Regime, and provide weapons, training, and even fighters to the militias.
Dr. Majid Rafizadeh wrote: “Bahraini security forces [recently] arrested more than 100 people on charges of terrorism and plotting attacks on government officials. Bahrain accused them of being part of a network that was founded by Iran’s Islamic Revolutionary Guard Corps.”
This is far from the first time that the Iranian Regime has been caught supporting terror cells in Bahrain, with several Iran-backed groups detected over the past two years.

Why is Iran doing this?
Well, Iran seeks to control the Middle East and wants to make Bahrain part of the Shiite axis in the Gulf, like Iraq, Syria, Yemen, and Lebanon. Some Regime leaders even believe that Bahrain should be an Iranian province.
Dr. Majid Rafizadeh wrote: “It is therefore not unrealistic to argue that Tehran would ideally desire to set up a Shiite theocracy in Bahrain similar to Iran’s clerical establishment. But, if this turns out to be too far-fetched for Tehran, the Iranian regime would be satisfied with turning Manama into a Beirut, Baghdad or Sanaa, where it can exert more influence.”

This is obviously a worrying development for Bahrain, but also for the US, whose Fifth Fleet is based on the island nation. Iran’s attempts to destabilise Bahrain will only empower that Iran-backed terrorist militias that will target the US in the Middle East.
Dr. Majid Rafizadeh wrote: “The US and its European allies ought to more robustly support Bahrain in its efforts to counter Iran’s meddling and violation of international laws. The military, economic and geopolitical assistance of the Gulf Cooperation Council (GCC) also plays a crucial role in confronting Tehran’s aggressive behaviour.”