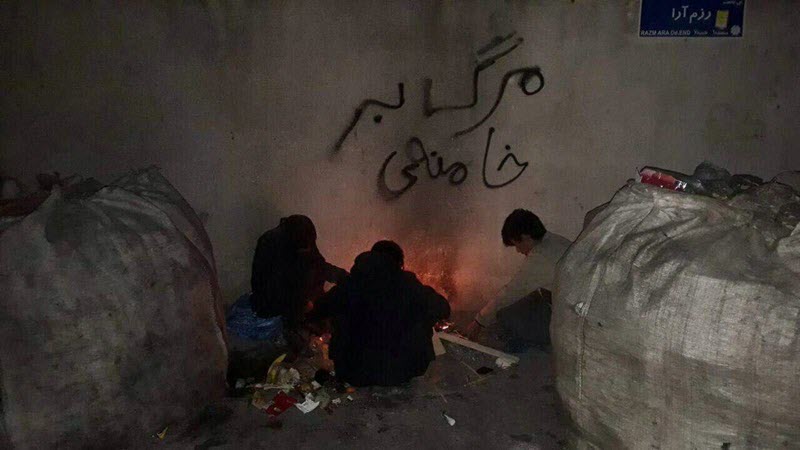 Across Iran, millions of people are taking to the streets to voice their disdain with regards to the corrupt government that is ruling the country. Protesters are calling on the regime to leave Syria and to put the people of Iran first. The protests spread rapidly, showing the regime that the people’s anger is widespread.

There have been scores of people killed and over a thousand arrests have been made. It has been reported that those who have been jailed are being tortured.

The government is saying that the situation is under control, but the people’s anger has not gone away.

The current situation is reminiscent of the 2009 uprising that almost resulted in the toppling of the regime. Because of a lack of international support for the people of Iran, the regime was able to suppress that uprising. Yet, here we are less than a decade later in a similar situation. This time, the regime will have a harder time.

When the 2015 Iran nuclear deal was signed, many believed that the huge sum of cash the country gained as a result would help ease some of the huge economic issues. However, the people have not seen any of this money benefit them. Instead, they have watched the regime fund terrorism and extremism in numerous places across the region.

Unemployment is still a huge problem for the people and university graduates are unable to get decent jobs to match their skills. A large factor behind the current uprising is the financial doom that most of the population is facing.

In 2009, the uprising was of a political nature. Now, it is much more than this. The people have made it clear this time that the whole regime is corrupt and all factions need to go. Competing factions have revealed corruption among their rivals and the people are angry that they suffer in poverty while the regime officials live in extravagant luxury.

The most marked different between the uprising eight years ago and the current one is the response of the international community, especially that of the United States. Former President Barack Obama failed to support the people of Iran. Instead he remained relatively silent. President Trump, on the other hand, is openly supporting the people and has spoken out against the corrupt regime. He promised that the people of Iran would be given support from the US when the time was right.

This has perhaps already shown some positive results because the repressive security forces, although they are still confronting the protesters, are doing it more cautiously.

Many have said that this is the wake-up call that the Iranian regime needs. However, it is more than clear that there is no moderation to be found within the leadership. It has had chance after chance and ignored every opportunity. The people will not let go of their anger and disdain for the corrupt leadership. Let’s hope that the international community will react appropriately and show the regime that its belligerence, at home and abroad, will not be tolerated.