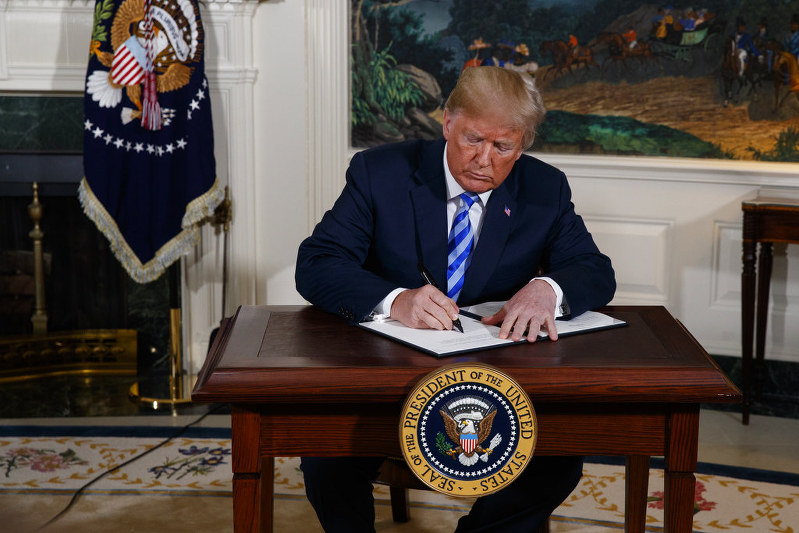 by Saeed
The landmark nuclear deal with Iran has been criticized because it neglected the ballistic missiles program and ignored Iran’s destructive influence in Arab countries, from Iraq to Syria and Yemen. These were noted as major flaws of the deal.

Now that US President Trump has announced his final decision for the nuclear deal, many wonder what will follow. While the US declaring war on Iran is a complicated scenario that hopefully is far from happening at this phase, unexpected surprises are always a possibility. However, right now, what’s important to Iran is the economic and diplomatic consequences for the country.

The US and the Europeans crafted the Joint Comprehensive Plan of Action (JCPOA), known commonly as the Iran nuclear deal, to curb Iran’s nuclear program. In the process it saved the Iranian regime by lifting economic sanctions. Ordinary Iranians saw little change, but cash began to flow toward the Revolutionary Guards and the regime, which was faltering under the weight of the economic sanctions.

The regime officials escalated their rhetoric. Iranian news agency IRNA quoted Parliament Speaker Ali Larijani as saying, “It seems you can only talk with the Americans using the language of power, and there’s no other solution.”

The regime is experiencing escalating financial troubles. The Iranian rial has seen a massive drop in value. The exchange rate has reached 63,000 against one US dollar.
The head of the Iranian Central bank, Valiollah Seif, resigned just days after the second drop of the currency within weeks.

The Iranian writer Karim Abdian Bani Saeed commented on these developments in an article published in Asharq Al-Awsat newspaper, saying, “This reminds us of the situation prior to the Shah’s fall. Three months before his fall, Central Bank employees published a list of 178 people who at the time transferred $13 billion of their wealth to banks outside Iran. Most of these people were well-informed about the situation and they had expected the eruption of a revolution and its victory. They had also expected the possibility of the fall of the Shah’s regime.” Abdian claimed that he obtained the names of these people from a friend at an Iranian bank.