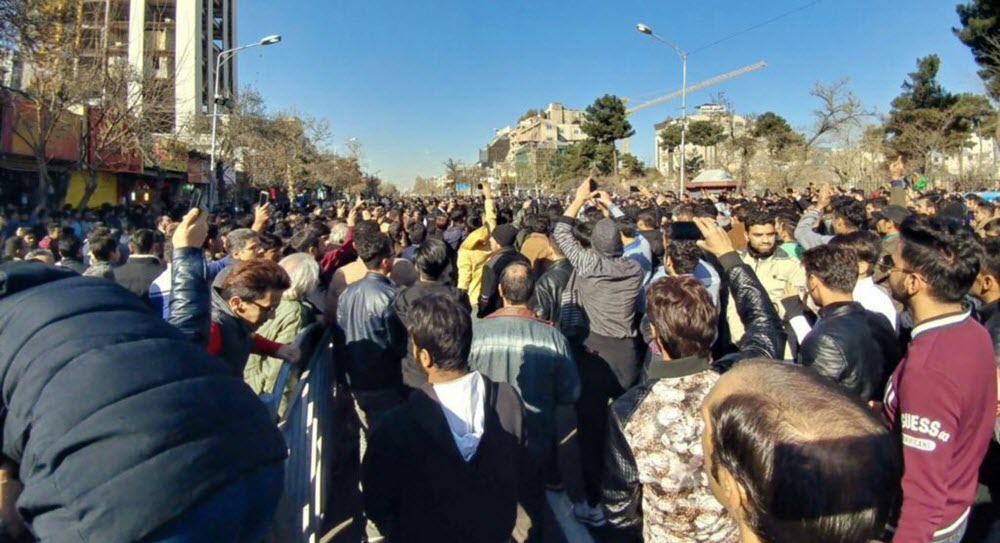 The people of Iran systematically have their human rights trampled on by the clerical regime ruling their country. Their freedom has been curbed so much over the last few decades and when they take to the streets to protest their situation the Iranian regime arrests them, imprisons them and tortures them. Some are even executed.

It is clear that the interests of the people do not factor into any of the decisions made by the regime. For years, the regime has spent billions on spreading chaos across the region. The country’s wealth had been plundered on terrorist and belligerent activities and the people have been left with the horrifying consequences.

Not only are the people getting poorer and more are falling into the extreme poverty category, the people are also left with terrible social services and crumbling infrastructure.

U.S. President Donald Trump has said that the people of Iran are the first victims of the regime, and this is very true. For decades they have been mistreated and Trump, and several key officials in his administration, have recognised their plight. They have pointed out that the people are ignored by the people that should be looking out for them the most.

However, as with everything, the Iranian regime tries to portray its concern about matters like this. At the end of last month, members of the Iranian parliament said that the lives of the people are a great concern to the government. It is not just MPs in the country that try to make out that the peoples’ issues are concerning – the regime’s president, Hassan Rouhani, Supreme Leader Ayatollah Ali Khamenei, Friday Prayer Imams, members of cabinet, and so on – all state that they are concerned about the situation.

During all of 2018, the people of Iran made it very clear that they are not happy with the way the country is being managed. Or mismanaged would be a more accurate description.

If the relevant authorities are as concerned as they like to make out they are, why has the problem got so bad in the first place?

The regime is in a very delicate situation and its internal disputes and divisions are very clear to see. They blame each other for certain issues and nobody takes any responsibility for anything.

A representative from the Kurdistan province of the country recently said during a parliamentary session that the Rouhani’s government is to blame for the widespread discontent. Mehdi Farshadan said that his province is greatly suffering and that the economy is “absolutely paralyzed”. He also said: “Dear Mr. Rouhani, today, unemployment, divorce, suicide, drug addiction, mismanagement, discrimination, and other social difficulties have skyrocketed in Kurdistan. Therefore, my silence as the representative of the people of Kurdistan is treason regarding the people’s vote and you and your team’s slumber is treason to the people’s trust.”

Many others echo the main sentiments, but it is all fake. While the people fall deeper into poverty, regime officials are very far from ever suffering the same fate. The regime has had countless opportunities to become more moderate but nothing will ever change.

This is why the people are calling for regime change.