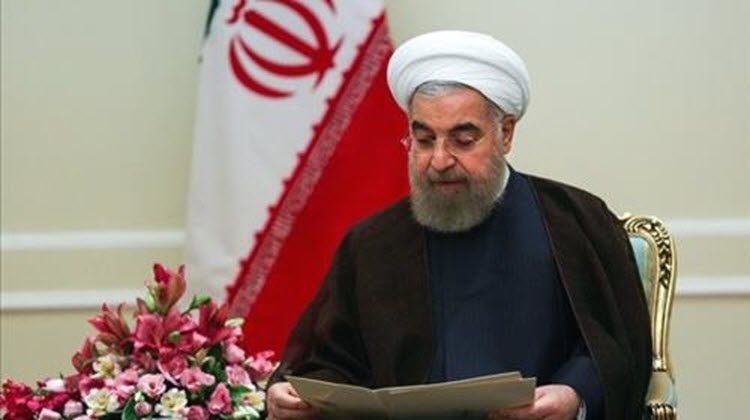 When President Hassan Rouhani started his first term in office as the President of Iran, many from the West viewed this as a positive step for the people of Iran. He was considered a moderate and it was expected that things would change for the better in Iran. However, looking back on his first term, none of this materialised.

During his first term, Rouhani presided over more than three thousand executions. He ordered many crackdowns on the people of Iran. He boasted of deceiving world powers during the nuclear deal negotiations. President Rouhani let extremism and terrorism continue without challenge.

During the recent election campaign in Iran, the West again expressed the positivity of having a candidate like Rouhani in the running. This was compared to his main opponent in the election – Ebrahim Raisi. Raisi played a large role in the 1988 massacre in which 30,000 political prisoners were executed. Rouhani took advantage of this fact that brought back many painful memories for a large part of Iranian society and often spoke about Raisi’s participation.

The extremely horrifying and inhumane role played by Raisi during the 1988 crime against humanity made Rouhani look like a true moderate, but he isn’t. He is far from being a moderate. His second term started in the same way as his first term went – full of executions.

Some in the West saw the re-election of Rouhani for a second term as an opportunity for change and positivity. However, if Rouhani was unable to bring any changes to Iran during his first term, why would anyone think the second term would be any different?

Before the Senate were about to vote on a new bill that would subject Iran to more sanctions, former Secretary of State John Kerry said that lawmakers must consider very carefully about imposing new sanctions because the “moderate” Rouhani was possibly going to be elected. So this shows that some still want Obama’s appeasement policy to continue even though it proved to be highly ineffective.

It is naïve to believe that the situation will change with any Iranian president that has been selected as a candidate by the Guardian Council because of their loyalty to the country’s Supreme Leader. But it is equally naïve to believe that any president would have the power to make any changes. The President of the Islamic Republic is a tool used by the Supreme Leader, as is the Islamic Revolutionary Guards Corps (IRGC), to pursue fundamentalist policies.

The only hope of real change, democracy and freedom is via the Iranian opposition that is calling for regime change.