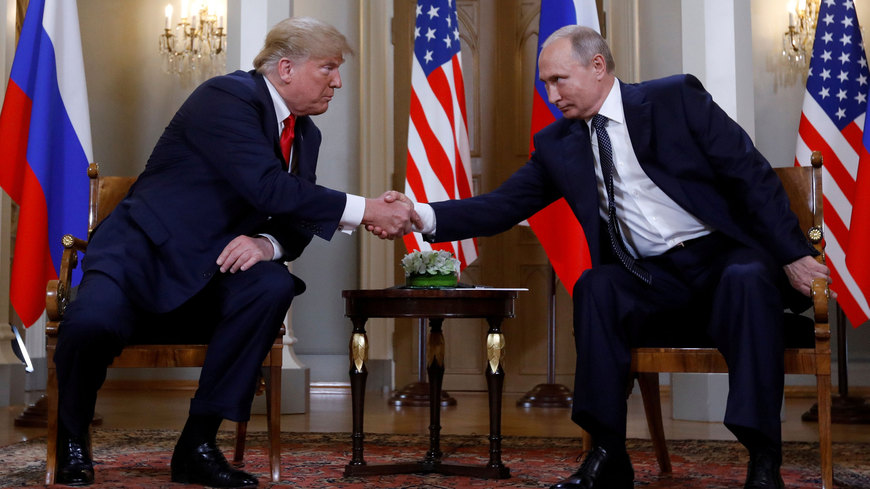 Following the Helsinki Summit between Russian President Vladimir Putin and U.S. President Donald Trump, it became very clear that the security issue regarding Syria was extensively discussed. The Russian president said that Trump had paid “particular attention” to the security of the region because of the Syrian conflict.

He said: “As far as Syria is concerned the task of establishing peace and reconciliation in this country could be the first showcase example of successful joint work.”
The Syrian regime led by Bashar al Assad has engaged – with Russian backing – in an offensive against the rebels in South-East Syria. This signals the approach of the Syrian army to the demilitarized zone that borders with Israel.
The two leaders said that they had discussed imposing sanctions on the Iranian regime for its destabilising activities across the Middle East. Trump said that he and Putin were optimistic that tens of thousands of lives would be saved by curbing the Iranian regime’s influence.
The meeting has been criticised by many, but others say that it could result in a very strategic agreement that will make a big difference to the region.
However, a number of critics slammed the meeting saying that no concrete agreement had been reached. John McCain (R-Az.) said that Trump was “unable” and “unwilling” to stand up to Putin.
Furthermore, Senator Lindsey Graham (R-SC) said that the Russian president is not going to help the United States get rid of Iran and Hezbollah from Syria because leaving the Assad regime in place, which is what Russia wants, means that Iran’s Islamic Revolutionary Guard Corps (IRGC) would need to remain in the country.
Contrary to what some American officials say, several analysts believe that Putin sees it in Russia’s interests to get Iran to leave Syria. Russia needs the country to be stable so that it can start rebuilding it. Stability will never be achieved for as long Iran is present on Syrian territory.
The Iranian regime has been involved in the Syrian conflict since the beginning. It has invested so much, not just in terms of finance, but also in manpower, arms and its own troops, to prop up Bashar al Assad and it is not likely to leave on its own volition.
President Trump has identified the Iranian regime as the main source of conflict in the region. Anywhere Iran is, there is conflict. It is profiting from the instability in the region to further its own goals and millions of people in many different countries have been adversely affected.
The people of Iran have also called on the Iranian regime to leave Syria. During the major uprising that took place at the end of December last year and during the protests that have continued since, the Iranians are calling on the regime to stop meddling in Syria and focus on fixing the problems at home.
All parties must realise that getting rid of Iran from Syria may not be enough given that it can launch rockets to up to 300 kilometres away.