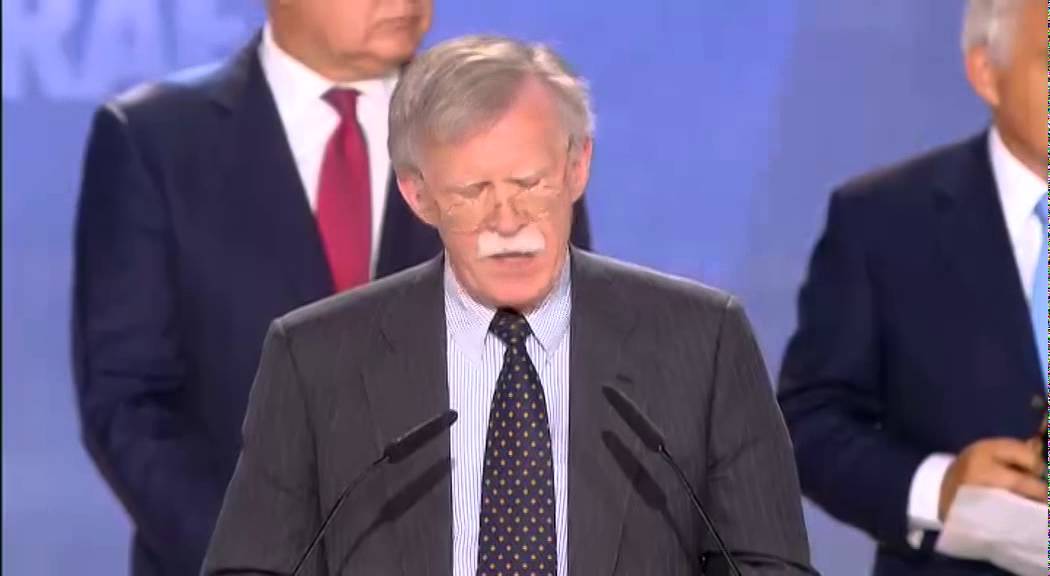 The White House has been making some changes in the past couple of months, changes which have led to a cabinet that is decidedly tougher on the Iranian Regime.
New appointees Secretary of State Mike Pompeo and National Security Advisor John Bolton are more in line with Donald Trump’s political views, especially on the Iranian threat.
This is clearly worrying for the Iranian Regime, who hit back at the men with all sorts of slanderous statements.

Bolton was a particular target because of his visible support for the Iranian Resistance, particularly the People’s Mojahedin Organization of Iran (PMOI/MEK).

At a 2017 rally in Paris for the Iranian Resistance, Bolton publically declared that the Iranian Regime should not survive to its 40th birthday in 2019 and that the Resistance was more than capable of ruling in its place.
Bolton is now in a position to help ensure the downfall of the Regime, which has the mullahs terrified.
So, could the Regime be brought down this year? Simply, yes.

The Iranian economy is already spiralling due to decades of corruption from the mullahs. The Regime has stolen money from the Iranian people and used it to line their own pockets or fund illegal wars and terrorism in the Middle East.
Now the rial has reached an all-time low against the dollar (61,000 per USD), inflation is increasing above 15%, and the Regime is trying to artificially set these rates to stabilise the economy. Any history student can tell you this won’t end well.
Even the Iranian Deputy Minister of Economic Affairs said: “We cannot do anything effective.”

Add to this the rampant social inequality and abuses of human rights that have led hundreds of thousands of people to take to the streets in protest since late December and you have a storm waiting to happen.

Protests from the Iranian people, even some once considered loyal to the mullahs (i.e. farmers), continue to plague the Regime. They are growing in size and in number in spite of a violent backlash from Iran’s suppressive security forces. This will not end until the people of Iran are free.
With the upcoming deadline of the Iran nuclear deal, international attention will be squarely on the Regime and this does not bode well for the mullahs.
Some are comparing the current situation in Iran to the last days of the Shah and predict the whole Regime will soon crumble.
F. Mahmoudi wrote on Al Arabiya: “The regime is passing through an uncertain stage facing organized opposition and dissidence. It’s a two-way road that will end with either overthrow or collapse.”