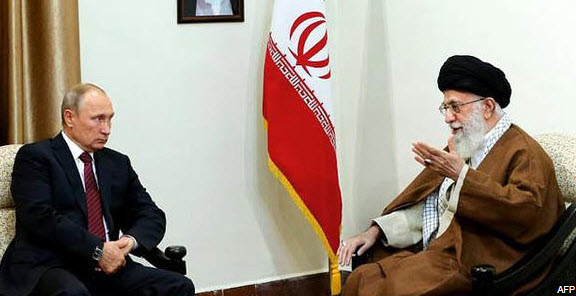 Syria’s post-war reconstruction has Iran competing with Russia, China and Turkey. This is ironic, since Iran has invested so much blood and economic assistance that has provoked angry responses from ordinary Iranians.

During the recent turn of the year uprising in Iran, the people made it clear that they desire improvement in their living standards and not the support the country’s regional allies.

It has also been reported that the commanders of the Islamic Revolutionary Guard Corps (IRGC) are angry about Iran’s meagre return on its investment in Syria.

In fact, Major-General Rahim Safavi, senior military adviser to Iranian Supreme Leader Ali Khamenei, who was addressing the seminar, “Syria Crisis: The Latest Field and Political Developments”, compared Russian and Iranian gains in that country. Referring to the January 18 agreement, Safavi said, “The Russians signed a 49-year contract with Syria.” He added, “They got a military base, as well as economic and political privileges.” Safavi went on to say, “In my opinion, Iran, too, can have long-term political and economic contracts with Syria and return on its investments. Right now, Iran is exporting from Syria’s phosphate mines.”

As well, the Farsi news website Baztab warned against the Syria-Russia agreement. The website alleged that the Damascus-Moscow deal means, “Iran and Iranian companies are almost sidelined from reconstruction and investment in this country… Should Iran desire to participate in Syria’s reconstruction, it must negotiate with Russia!”

The IRGC’s Khatam al-Anbia Construction Headquarters, Iran’s largest contracting company declared in December, that it was ready to engage in the rebuilding of Syria. Its chief, Ebad-Allah Abdollahi, stated that the company was ready to rebuild roads, ports, petroleum facilities and electrical plants, establish factories and automobile assembly plants and develop new infrastructure.

However, some say that considering the scope of Russia’s ambitions in Syria, Iran’s plans coming may not come to pass, unless IRGC companies operate as subcontractors to the Russian-Syrian consortium responsible for post-war reconstruction.

Exporting good to Syria may be difficult for Iran, too. Hossein Selahvarzi, deputy leader of Iran’s Chamber of Commerce, complained last November, that the Syrian government had imposed “certain restrictions on export of Iranian products to Syria, which, in reality, prevent us from exporting our goods.”

An economic rivalry between Tehran and Moscow imposes new strains on the tactical alliance between between the two countries. If Russia becomes the central player in Syria, Iran will see its heavy investment go to waste.