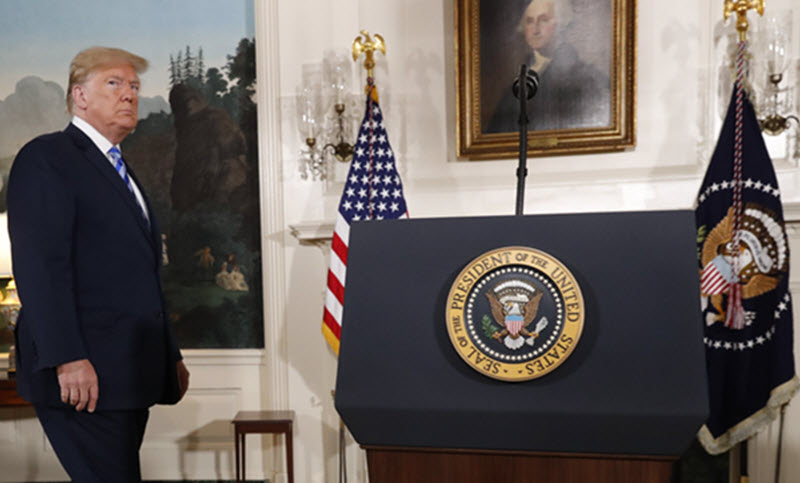 In terms of international norms and ethics, the Trump administration’s decision to designate Iran’s Islamic Revolutionary Guard Corps (IRGC) as a terrorist entity is certainly fitting, as the IRGC and its overseas operations unit, the Quds Force, are believed to be the primary terrorist agencies in the world today.

The IRGC was created after the 1979 Islamic Revolution, to work alongside the regular Iranian army. Now, they, along with their Quds Force arm, train, fund, and deploy radical forces across the Middle East. The IRGC and Quds Force are reported to both have set up attack bases, weapons production sites, and strike forces across the region, which threaten Israel and Sunni states like Saudi Arabia.

Inside Iran, the IRGC manages a huge portion of the country’s economy, including the energy sector, major infrastructure programs, the nuclear program, petrochemicals, banking, and construction companies. Therefore, the designation can create significantly more economic pressure on the Islamic Republic, as international companies will avoid doing business with IRGC front companies.

Like the 2018 sanctions, the designation of the IRGC will ultimately be judged by how effective — or ineffective — it is in changing Iran’s behavior. The goal is to get Iran to enter into negotiations with Washington over a new and better nuclear deal, and to roll back its aggressive, dangerous conduct in the Middle East. However, the US is acting largely on its own and has been unable to recruit European states, China, or Russia to join the sanctions. Still, multi-national European companies fear being exposed to American sanctions.

The designation may also exacerbate tensions inside Iran between the reformist bloc, led by Iranian President Hassan Rouhani, who championed the 2015 deal, and the conservative-IRGC bloc, who has accused Rouhani of failing to deliver on his promise of economic access to the global market. The hard-liners have the support of the man who makes the final decisions in Iran, Supreme Leader Ali Khamenei.

The ongoing demonstrations by the Iranian public demanding better economic conditions are placing the regime under pressure, but so far, Iran has chosen to double down on all its positions, refusing to renegotiate the nuclear deal and continuing its aggressive behavior in the Middle East.

Concern over Iranian retaliation against US forces in the Middle East in places like Iraq, have made the US ensure that “all measures” necessary have been taken to protect the 5,000 American forces in Iraq. As well, Iran could lash out at Israel or other US allies in the region.

Iran has repeatedly threatened to close the world’s most important oil shipping artery, the Strait of Hormuz, an action that would likely trigger the US military.

Domestically, the IRGC could use the designation to further weaken Rouhani. Additionally, the question of when Iran decides to reactivate its nuclear program is still unanswered.