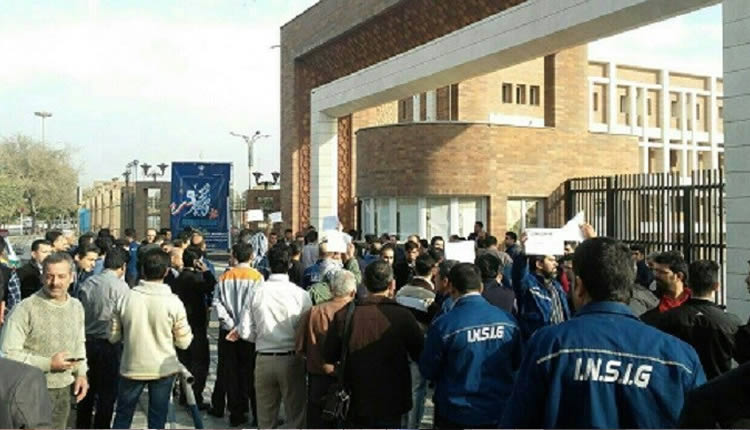 According to Iran’s Free Workers Union, National Steel Group workers in Ahwaz blocked the factory’s entrance on February 18, 2018, to protest about not being paid in the last three months, saying they won’t allow production to resume unless their overdue payments are fully settled.

The 3500 workers of National Steel Group had also staged a strike late January this year, demanding their overdue payments to be paid up and the employer commits to pay their wages and social security insurance premiums regularly.

Also workers at the privatized Hepco Company on February 5, 2018, rallied and gathered in the city of Arak, forming a human chain around the city’s central square to protest about the company’s problems and non-payment of workers’ wages for the last seven months.

Thousands of factory and company workers across the country hold rallies and stage strikes on a daily basis to protest about non-payment of their wages and insurance premiums.