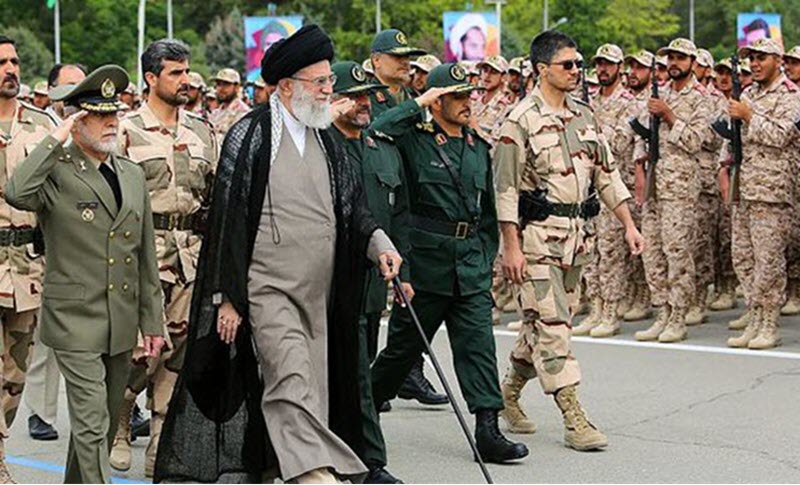 The Iranian regime is facing one of the biggest threats to its survival so far. The Joint Comprehensive Plan of Action (JCPOA) was a lifeline for the regime at a time when it was suffering from major economic issues. The 2015 nuclear deal provided it with a huge sum of cash, the total of which is in dispute, and a huge amount of assets were freed up. However, last year, U.S. President Donald Trump announced that he would be exiting the deal and that tough economic sanctions would be re-imposed. They are now in place, and further sanctions are continuing to be issued.

Iran recently tried to gain leverage by threatening the European signatories of the deal by saying that it too would exit the deal if they did not come up with adequate measures to counteract the effects of the U.S. sanctions. However, the deadline the regime set has passed and the other deal signatories have refused to give in to Iran’s demands.

And even regime officials are admitting that they have no other route to take. The country’s state media outlets have been reporting about widespread concerns about the next step that the regime can take.

One outlet has highlighted that the regime does not have the luxury of time and that a decision about its future must be made quickly; before it is too late. It said that it cannot remain as it is now for much longer. It went on to highlight that Iran is not just under massive international pressure with regards to the deal, it is also under major because of economic strain, domestic political crises and domestic social problems following the widespread protests over the past few years that are increasing in their intensity.

The same outlet also pointed out that the regime’s problems and current crises are dues to decades of corruption, mismanagement, practices that have removed and destroyed domestic sectors and monopolism.

The Iranian regime is in an impasse. It cannot be denied. The regime’s strategy is confusing. On one hand, it wants the other world powers to concede to its demands with regards to the future of the nuclear deal, but on the other hand, it is provoking other nations in the Gulf, escalating tensions that many fear will spark military conflict.

The United States has said that it wants to bring Iran back to the negotiating table so that a more comprehensive agreement can be drawn up – one that addressed all of Iran’s belligerence including its human rights abuses and its ballistic missile program. Yet Iran has refused the offer, shunning any kind of negotiations with its arch enemy.

So where does this leave the regime? Its threatening tactics have failed. It was a risky move to presume that the other signatories of the deal would bow down to its requests, but it is one that was almost guaranteed to fail. It seems that regime collapse is definitely on the cards – much to the relief of the people of Iran. And to the rest of the world.