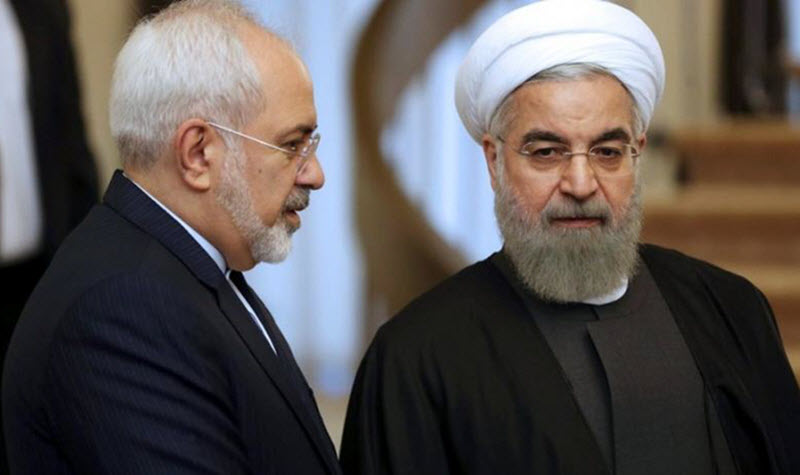 Iranian Foreign Minister Mohammed Javad Zarif resigned on Tuesday in a shock post to his official Instagram account, but political scientist Dr Majid Rafizadeh warns this is a sign that the Iranian Regime will ramp up its aggressive policies both domestically and internationally.

In Zarif’s Instagram post, he apologised for his “shortcomings” as foreign minister, but this was nothing more than traditional Regime tactics to placate the disenchanted Iranian public rather than actually address any of their legitimate issues.

Rafizadeh wrote: “The Iranian government promised people that the nuclear deal would improve the economy and their living standards. However, Iran is now facing its worst economic crisis in four decades and the flow of funds and revenues has not trickled down to the ordinary people. Instead, the increasing revenues have been channelled into the pockets of the [Revolutionary Guards Corps (IRGC)] and Iran’s militia and terror groups across the Middle East.”

Zarif was one of the key people involved in the deal and trying to maintain it since its signing in 2015, so the Regime believe that by using him as a scapegoat, they will be able to trick the Iranian people into believing that the economic situation will soon improve. This is a common tactic by Supreme Leader Ali Khamenei, to blame the so-called “moderate” faction for all of Iran’s woes, in order to strengthen his own power.

Of course, given that Foreign Minister is a symbolic title and all real policy in Iran is ordered straight from the Supreme Leader, nothing will fundamentally change. There is likely to be a dramatic shift in tone, more in keeping with the Iranian faction considered to be “hardliners” by the West.

Rafizadeh wrote: “It is also a message from the Islamic Republic, particularly the hardliners, to the international community that Tehran will be pursuing more aggressive policies.”

Of course, under Iranian law, Zarif’s resignation will have to be accepted by President Hassan Rouhani, but given that it was probably ordered by Khamenei, Rouhani will have no choice but to accept it.

However, this does not mean that Zarif is no longer useful to the Regime. He’s served the Regime since 1979, after becoming infatuated with the revolutionary principles of the Revolution, and has been a loyal soldier ever since. He is one of the few mullahs who are deeply familiar with Western diplomacy, culture, society, and politics, so he will likely remain as an advisor in the background.

His resignation, as with his entire political life, served the interests of the Iranian Regime and nothing else.