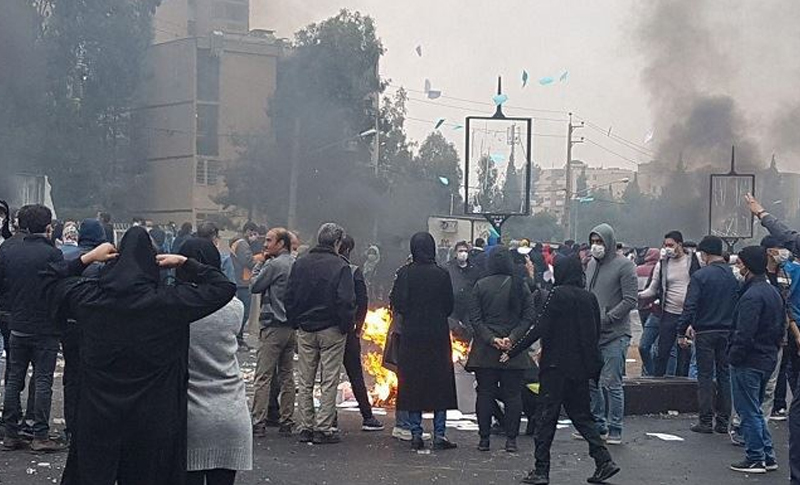 Thursday, January 2, 2020, marks the 49th day since the beginning of Iran’s nationwide protests back in November 2019.

The protests began on Friday, November 15th, when thousands of Iranians took to the streets in response to the regime’s announcement of a 300 percent gasoline price hike. Security forces opened fire on protesters to avoid the mullahs’ immediate downfall.

According to Iran’s main opposition movement, the People’s Mojahedin Organization of Iran (PMOI, Mujahedin-e Khalq or MEK), at least 1,500 people were killed by the regime’s security forces.

More than 4,000 others were wounded and at least 12,000 protesters were arrested, according to the MEK.

The following is a report of an MEK Resistance Units member in Tehran describing what he witnessed during nationwide November protests across Iran.

“On Saturday, November 16, 2019, people began their protests in different parts of the city. Together with a friend of mine we intended to go to the Satarkhan district in Tehran. While I was walking in the street, I heard two security guards saying, ‘Vehicles have blocked the Imam Ali Highway!’

“The security forces attacked vehicles parked on the highway and broke their windows. The weather was also very cold and it was the first snow of the year. I saw a lot of smoke and things burning after arriving at the city’s western districts. Near and far I heard people chanting against the regime: Down with Khamenei!” referring to the regime’s supreme leader Ali Khamenei.

“From the early morning hours there were a lot of skirmishes in that area. The doors of many homes were open to provide refuge for the protesters and even the residents were chanting ‘Down with Khamenei’ and ‘Down with Dictator!’

“At one of the intersections I saw a large crowd chanting against the regime. The people had blocked the road by starting fires.

“On that day people were clashing with security forces in many parts of Tehran. Especially in Azadi, Sattarkhan, Sadeghiyeh and Aria Shahr districts, and in highways such as Sattari and Kashani.

“The sound of gunfire did not stop for a minute. Security forces fired teargas and opened direct fire on protesters. Despite all these measures, the people were not afraid and we believe that this is a uprising until the end of the regime, and until freedom.”