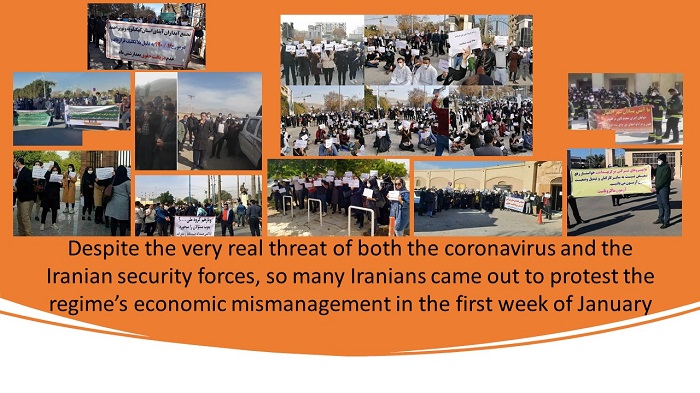 Labour protests have been taking place in Iran for years. Workers from a wide range of industries have had grievances about their pay, their working conditions and their contracts (or lack thereof).

The National Council of Resistance of Iran (NCRI) and the  People’s Mojahedin Organization of Iran (PMOI / MEK Iran) reported in the latest round of labour protests.

They were protesting the establishment of an organisation that disregards the interests of the people in favour of the regimes. The organisation in question is called the Islamic Labour Council and is present in several different labour communities across the country.

The workers issued a statement saying that the Islamic Labour Council has no place in their company, describing it as a “nest of corruption and conspiracy against workers”.

There were about 50 workers present in total at the protest gathering. They work for a contractor. Many had not received their salaries for eight months leaving them in very precarious financial situations.

The workers said that not only have their salaries been withheld, but to add insult to injury, their insurance payments going to the social security organisation have been delayed, seven per cent of which is deducted from their salaries. They also referred to the hollow promises they have been given.

Other workers from the private sector also held protest rallies.

On Monday 11th January, employees from several medical centres in the province of East Azarbaijan in the north-western part of the country gathered in from of the local governor’s office. They called on the governor to listen to and to address the issues that they are faced with.

Working conditions across the country were already poor before the health crisis, but they have just worsened over the past year. Medical workers are obviously faced with huge challenges, but other workers are also suffering. Following periods of lockdowns, many families have found themselves in a difficult economic situation, forcing them back to work whether they are safe or not.

Of course, economic problems have been a consequence of the pandemic too, but the regime has failed to help the people in the same way governments across the world have helped their people. The desperate situation is forcing many to take to the streets and protest.